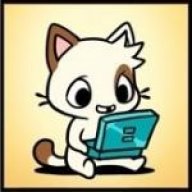 Hiya. When one uses a damage formula that has something like "a.add_state" or "b.remove_state" in it, that state's messages are not displayed in the battle log during battle. I absolutely need those messages to display, so I am requesting a script.


If you were to inflict Poison through a skill using the Features box in that skill's page, it would show the message you put for it. Say, "Harold was poisoned!" However, if you apply a state through the damage formula box, you get no such messages. I need a script to fix that.


There are four state messages that should be showing:


I'm sure a lot of people would really appreciate the flexibility of this. Solving this would allow you to display messages in the battle log whenever you wanted, including in "if, elseif, else" scenarios. And lots of other things.


Update: I may have gotten a solution to this, but I didn't get a notification from another board, so I was unaware. Will post back when I find out.


Second update: The solution doesn't work for event commands, which I realize I need. And I also have to use custom script calls, which makes things complicated. Still hoping for support here. Gonna see what I can work out in the meantime.
Last edited by a moderator: Apr 18, 2016
You must log in or register to reply here.
Share:
Facebook Twitter Reddit Pinterest Tumblr WhatsApp Email Share Link