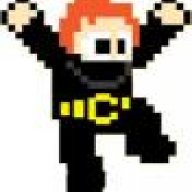 Scripting/Programming is something I've got limited experience with. Over the past 6 hours (or so) I have been peering over Khas' "Awesome Light Effects" script for RPGM Ace. I have spent this time troubleshooting an issue where the map doesn't do anything at all upon loading the map.

To start, I tried to implement the script into my custom map. To try and "simplify" the process, I attempted to duplicate the setup used in the demo into a custom map that I have made. Upon doing this, and entering into the map that the script is placed in, the map loads, and nothing happens in the event script. Nothing! The event script starts with;

Following this, is the event script that I have written for my custom map;

1. Load the demo of the script from the zip into the editor.

2. Re-create the event script from my map, into the starting map of the demo.

Next I did the following;

1. Loaded my custom map (with events) into the project the lighting demo exists in.

2. Transferred everything over to my map in the project, duplicating the sample map EXACTLY.

Again, the map loads, and nothing happens. No controls, no events are running.

So I repeated these steps, after removing the events from my custom map. All of them!

This time, the map loaded, but it didn't darken.

So I decided to just try something from scratch. Absolute scratch;

3. Created an event including the script mentioned in the quote above. Duplicating it EXACTLY as in the sample map.

4. Created a light source, duplicating exactly what the sample map had.

5. Created a starting point for the player.

This time everything worked PERFECTLY.

So the only thing I can think of is that there is something in my custom map, that is missing from the sample map "Regular Town" that I simply can't see, since I am duplicating all events and event actors (lights) perfectly from the sample map provided for the lighting script.

I am stumped. If you guys can help me that owuld be awesome. If you need more info please just let me know. 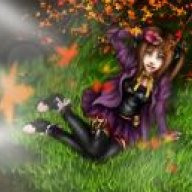 ]So I decided to just try something from scratch. Absolute scratch;
Click to expand...

Well you may have just been loading your game from a previous save point before the script was installed.

Trihan
Would Jump into Javascript be best off continuing to break down the MV core files, or would people prefer a quick detour to cover everything that's changed in the core from MV to MZ?
Today at 9:54 PM •••