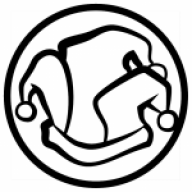 scripts-externalizer, scripts-loader and scripts-compiler allow you to use your favorite IDE instead of the RPG Maker script editor!
Click to expand...

About using the default script editor

The externalization is the way of working with external scripts, they are ruby files (foo.rb). The project will load your scripts files and rock with them, even if your scripts aren't into the script editor!

To put it simply, you can externalize a script by yourself using the simple function:

Code:
`Kernel.load` and `Kernel.require` exist in Ruby 1.9.2 but the RGSS3 privatized them... Lucky that we still can use the *SUPER TRICK* of `.send`!

The difference between `:load` and `:require` is that `:require` will not load two times the same script. `:require` is recommanded when you want to manage dependency between multiple scripts.

I propose to use those functions smartly, by using my scripts!

What about the scripts-externalizer, loader and compiler?

There is three way of utilizing those scripts: Code:
Those two scripts will be loaded at the same time of scripts-loader

If you want to deactivate Fullscreen++, just put a "#" in front of the name:

The "_list.rb" is very important because it defines in which order your scripts will be loaded.

Code:
orms will be loaded before Fullscreen++ (what it is precisely NOT what to do since orms manages the compatibility between the two)

You can easily create any folder you want, even folders into folders

Code:
Into your new folder, you have to create a new "_list.rb" to define the order of the scripts and the next sub-folders.
For example, in the folder "RME", you have this "_list.rb":

Code:
Externalize all scripts including the default scripts (scripts-externalizer)


Frogge on the RPGMaker.net discord server said:
THE SCRIPT TO END ALL SCRIPTS
Click to expand...

It will create the "Scripts" folder, and make automatically the sub-folders respecting the categories defined by empty scripts like "▼ Scenes"

Add "scripts-externalizer" into your project: Then launch the game: Close and open the project...

NOW THE SCRIPT EDITOR IS KILLED!!! Don't worry, you will retrieve all the scripts in your favorite IDE : You can use the scripts-compiler to compile the content of your "Scripts" folder into "Scripts.rvdata2" Launch the game, then close/open the project, and VOILA: You can see the sub-folder is represented by the character "■" in front of the name. The "scripts-externalizer" understand those characters and creates the sub-folders corresponding!

The scripts-compiler works even if you externalized ALL scripts.


Compile your scripts before releasing your game!

You will notice the game will start after few seconds (2~3) if your scripts are externalized... It's not a problem since you save A LOT of time by editing external scripts instead of internal scripts. But when you don't work on your scripts or when you want to release your game, I recommand you to compile your scripts to avoid those few little seconds lost.

Those projects are the projects I used as example, you can see how the scripts are managed in Sample_project_1 with the method of scripts-externalize all scripts.

You can see how the scripts are managed in Sample_project_2 with the method of scripts-loader that loads just the scripts you want to externalize.

Very informative and useful. Thanks! 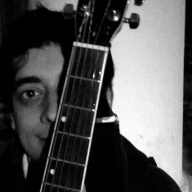 EDIT
Sorry, I completely misread which forum this was in, so my original post was inaccurate.

EDIT
Sorry, I completely misread which forum this was in, so my original post was inaccurate.
Click to expand...

Next update for advanced users:

What I meant was that when I opened this thread I misread which forum it was in, and so posted that I would move it to Scripts. It was only after making the post that I realized that it was already in Scripts, so my post was a mistake. I therefore edited the content out. Hope that clears it up, and sorry for the confusion.
You must log in or register to reply here.
Share:
Facebook Twitter Reddit Pinterest Tumblr WhatsApp Email Link

Kim Jong Deux
Its been almost 6 months since i've been here last and 5 years before that. the worst part is losing the game you were working on in a cpu fire.

Alltheyurxzi
my game is coming together im so happy
Today at 5:06 AM •••

Emanzi
In this day and age, i might switch back to RMXP. I’ve lost faith in all the new plugins.
Today at 4:49 AM •••

gabrieldiastche
This days I couldn't do anything... My mind is so confused and I couldn't work at all, I only wanted to play video games with my friends and that made all my projects delay a lot. Someone else feels this kind of thing sometimes? :/
Today at 4:14 AM •••