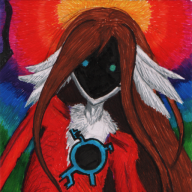 I'm not looking to perfectly mimic it--i'd need to fight the battle system far too much just to rotate the camera, let alone have the sprites behave properly with that--but I do at least want it to have a rough visual match. 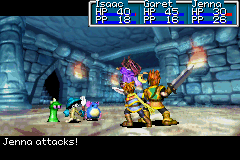 (screenshot taken from the wiki)

I've already found some stuff for the other systems, but in addition to visual stuff I'm also missing the ability to add extra stats, class change based on equipment, and make weapons use skills at a certain % of critical hit. I may have just overlooked these since I'm low on sleep and stressed and will keep looking for them, but I'd appreciate the assistance and having more options is better for potential conflicts anyway.

Could you please edit your post to provide more information. A screenshot doesn't actually tell us very much - a link to a video showing a battle sequence would be much better. You may hit lucky with someone who knows what you are referring to, but there will be many people who have not played that particular game, but may be familiar with the battle system from another context.

I'd be surprise if there is any script available to achieve this battle view. Not only is it not entirely front view or side view, it uses more complex (as in detailed) sprites for characters, so you would need specific sprites to be able to mimic it, let alone code it. You can't just use the character sprite. Also, the class in the game changed based on the djinns, not the equipment. So you're looking for the visual side of the battle?

It is extremely unlikely that people would be familiar with it from another context considering that as far as I'm aware there are no games that are visually similar, since there's... not a lot of reason to go with it besides visual flash. Maybe Beyond the Beyond, but I'm not terribly familiar with that, and the Shining Force games I know both used different textbox setups and had different information displayed although they had a similar starting perspective. (might not be the exact timestamp but this is the video I have open)

The Djinni script makes them equipment, and I'd also need to account for the class change items. There was no mistake in asking for a script that makes class change linked to equipment.
And yes, I am aware that you couldn't just use the character sprite, it is a constant frustration of mine that there appears to be no publicly available way to have non-overworld sprites in battle for VX Ace considering how excessively limited those are. I'm genuinely annoyed that you'd think me so stupid as to not realize this considering I mentioned I've been searching for scripts in the same post.

Please chill, there was no suggestion on my part that you are stupid (if that sentence was directed at me).

If you use Yami's Battle Symphony with the Holder Add On, you can have whatever sprites you want for both actors and enemies in your game. No need to be restricted to overworld sprites.

Please remain civil. No one is attacking you or calling you names. This is a friendly forum where people get along and help each other. It is of no use to anyone to call names and attack other people, especially when it's people that are trying to help you.

My point is that because there are almost no resources online for big sprites like in Golden Sun, there will be almost no script publicly available because it wouldn't make sense to make a script that uses resources that are non-existent. I'm not saying you're not allowed to make a request, far from it. The thing is that requests as big as what you're asking (you're basically asking for a custom battle system) are generally unanswered because you can only go so far on people's generosity. Your best bet for that is paying someone to code it, which wouldn't be cheap because of the size of the script, or to learn coding.

As for the djinns part, you said you already found something similar, and great for you. My point there was that because it is a particular "equipment" that can be activated and deactivated in the middle of battles and have enormous effects based on which djinns are active and inactive, it can't be considered a system apart from the battle system. Unless the person who made your "djinn" script also made a battle system incorporating them, the person who you decide to pay to code it, or you (if you decide to code), will need to read through and understand the djinn script in order to incorporate it in the battle. And honestly, as a coder, most of us hate reading and understanding other people's code since it's long and annoying. It would almost be faster to just recode it.

TLDR: There was no personal attack. I'd suggest commissions, or learning to code, since it is unlikely that a script that suits your need exist. If you found a free one, then great.

ClyncyeRudje said:
... there appears to be no publicly available way to have non-overworld sprites in battle for VX Ace ...
Click to expand...

There are several battle scripts out there that would let you use ANY images or image-sheets in battle for VX Ace. It's not hard to find them, really, it's not.
Using them, however, is not the easiest for sure, but that is true for any complex scripts out there. Usually these scripts come with a lot of instruction text, and usually people just refuse to read it because, apparently, it's too much text for them, and they want things to just work on their own (this is not directed towards anyone, just my general experience over the years of reading and answering support topics, and it's a warning to the topic opener that it won't be easy to learn to use these scripts properly).

I recommend Theo's battle system, since I used that one before, and I know for sure that you can use any kind of images for your battlers in it.
It's on the first page of RGSS3 Scripts section now, check it out if you haven't already. If you did that already, read the instructions, check some tutorials, and you should be able to figure out how you can achieve what you want with the battler visuals.

Image-sheets are just that, image-sheets. You can put anything on them, and use them to animate all kinds of movements with them. The more detailed you want your animations to be, the more image frames your image-sheers must have. As long as you can make your image-sheets (or get people to make them for you), you can use any kind of visuals for your battlers in some of these custom battle scripts.
You must log in or register to reply here.
Share:
Facebook Twitter Reddit Pinterest Tumblr WhatsApp Email Link

standardplayer
Person: "Taxes are bs and money is, too! Anarchy!!" *Literally anything goes wrong* Same Person: "Why hasn't the government fixed this???"
28 minutes ago •••