Engine: RMVxAce (if you have XP or MV that'd work too. explained below)

Lichbane is a very short Dragonquest inspired single-actor RPG. You play as Erica, the daughter of the knight Derrick who slayed the Lich several years prior to the games events. However the Lich has returned and placed a curse on Derrick leaving him bedridden and dying. His only daughter decides to set out to destroy the Lich and reverse the curse.
The gameplay is based on a pseudo-time-limit. Whenever you sleep at an inn or fall in combat, a day will pass. You must defeat the Lich in 30 days or your father will perish. On top of that, there are some other requirements you must meet as well but I'll leave that for the player to discover later on.

The battle system is an edited default-front facing system with a focus on weapons and elements. Using the Re-equip ability in battle you can change your weapons on the fly. There is no "attack" option, but rather a list of different attacks based on what weapon you have equipped. Axes can slash, Spears can stab, Swords do both but not as well, Bows make mincemeat of flying foes, Clubs deal blunt damage, Hammers crush through armored or rocky foes, etc. Equip the proper weapon for the proper situation.

Graphics are purely custom... sort of. I'm using the RPG2000 and 2k3 tileset as a placeholder along with some CrazyLeen stuff for now. Because if I spent all my time making the tilesets I'd be stuck in game-dev limbo. I can add the new tilesets at the very end of development.
Only exception may be battlers.

Also I should make clear that this is a non-commercial project. A free game. It will never be sold for monetary gain. It's being made purely because I like making games and sharing them with people. So there wont be any business being done or anything for you to get involved in.

Positions/Roles Needed: I need a mapper because I HATE mapping.
I hate it so much...
if you love making towns, houses, dungeons, secret areas, but hate having to actually make the game they go in, then I would love to have ya on board. Thing is, since I'm gonna make my own tileset you can really make any map in any engine you want and I'll just re make it into the game. You like XP's tilesets? Me too! Use those if you want! Prefer using MV? That's fine, you can use that.

What kind of style am I looking for? Probably something similar to Final Fantasy 6. Condensed with lots of fluff.

I'd also like it very much if whoever takes this up wants to be chatty. Share stuff about our own games, talk bout stuff, be buddies yeah? but that's optional.

My Role(s)/Position(s): Literally everything but mapping and music. (music is already taken care of.)
Pixel art, balancing stats and gameplay, eventing, dungeons, etc. 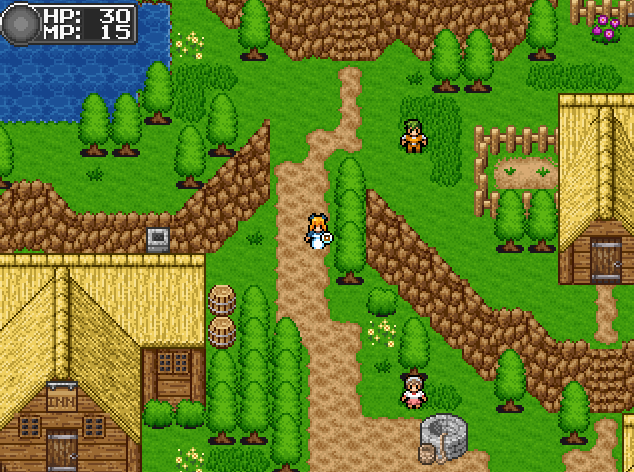 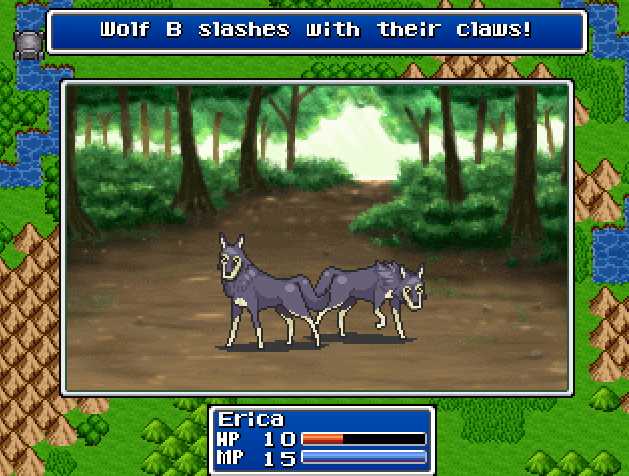 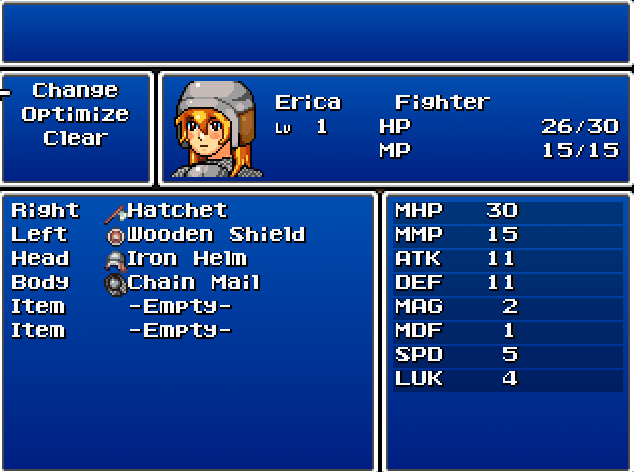 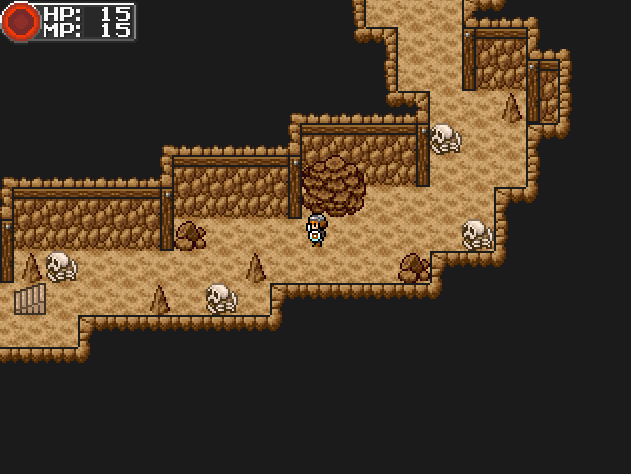 Wish I had the time!

@mlogan golly you gave me a fright. I thought I did something wrong for a second.

Hmmm...how many maps do you need? And what kind? And is there a time frame you need them by? I'm currently in between projects while I do the low level design of my next one so might be able to help.

bgillisp said:
Hmmm...how many maps do you need? And what kind? And is there a time frame you need them by? I'm currently in between projects while I do the low level design of my next one so might be able to help.
Click to expand...

No time frame. As stated, towns/dungeons/the like. I have a few already but they could be better. If I had to pick which one of the two id outsource and which Id do myself, Id outsource towns and do dungeons on my own.

Ok, how many towns do you need? And what do they need in them? Any themes to follow (forest town/lakeside town/big castle, etc) or just pick one and run with it?

I found when I did The Book of Shadows it usually took me a week per town to map, though that is also due to the fact I work M - F most weeks and did all mapping on breaks and/or Saturday.

and 7 Dungeons (which I may just do myself) are:
Vampire's Mansion
Goblin Mines (Complete but in need of rework)
Volcanic Caverns
Dragon's Keep
Castle Ruins
Frozen Tower
Desert Tomb

That looks doable for the towns at least (And once those are done we can talk about the dungeons). You might want to take a look at my project page and see if you like my mapping style though, and I'll try to send you some town images I've done in ACE once I get home (I'm at a public computer right now).

@bgillisp I looked for a project page but the most recent one I found didnt have any images showing.

The images show up for me in Internet Explorer. But for some reason they don't in Firefox for the demo link. Working on fixing that.

This video is probably the best presentation of the mapping, as here I wander a few of my towns and a couple dungeons:

Not exactly what I'm looking for. So this is still open. 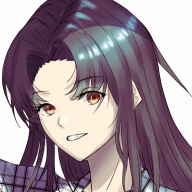 The Warlock of Darkness

Hi! I'm interested on mapper position. If you need a sample of my works, here's two of may latest project; this and this.

You can check my wordpress on my signature to find more.

I've sent you a PM @The Mighty Palm . I stopped my Custom Housing in 2014 when my home got invaded 4 years later it got invaded back. So I have more to defend my IRL one than do one of my fav; mapping!

Don't knwo if you're still looking but...
This is a small desert/river town I made for my own project 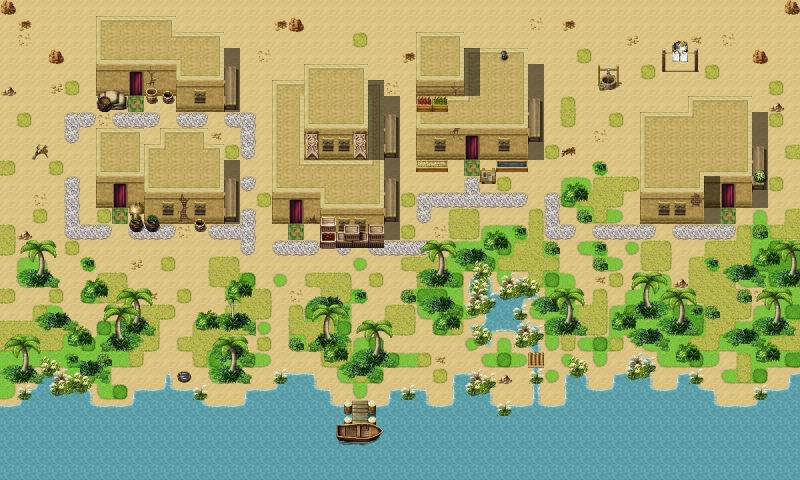 And this is an entrance to a mine (obviously) 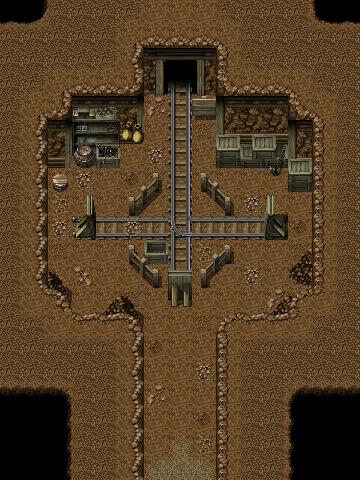 Do you still need a mapper?

I quite enjoy mapping even if im new at it and i have been looking for a project to join and to better myself.

Eliaquim
Finally the new pc is working!! But it seems a lost my license to Windows 10 because of the hardware changing
8 minutes ago •••

The Mighty Palm
Tune in next time for our newest Episode: "PC issues return! Palm uses every swear in the lexicon!"
52 minutes ago •••