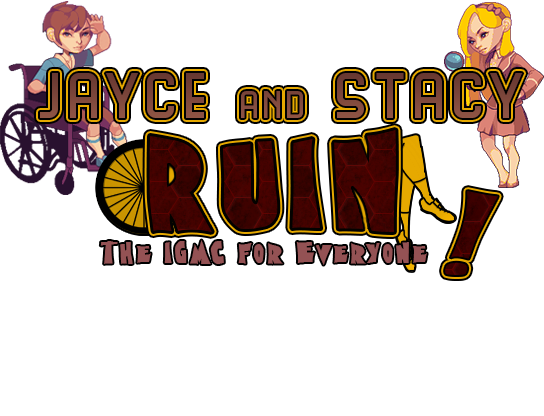 I am looking for a team for the IGMC, namely of talented individuals who can provide the following services:

Composer capable of providing at least 3 'retro tune' fantasy tracks with a main theme, and a mapper who can use a given tile set to make a world map, 2 dungeons, and several small towns, and ten floors of interior tower.

My Role: What I offer is a host of art resource ranging from 2d and 3d graphics, along with animations, sprites, backgrounds, and even behaviors which have made there way into a plethora of commercial games. I am a skilled writer, and dialogue specialist that has seen at least 2 years commercial experience through my workshop. I also provide mechanic design, as well as puzzle events along with the resources to produce them.

Skill Trade:
My resume for game design is here for commercial works so that you can better understand my capacity for work:

Examples of my work can be found in my signature, of which there is a huge host of examples; in various styles. I can provide art ranging from concept to finished as well as powerful script/dialogue revision.

The project: JAYCE AND STACY RUIN THE IGMC - Last Legacy the Lore

Synopsis: Jayce and Stacy are forced to compete in the IGMC once more due to Mana's insatiable depression, and need for aknowledgement. Unfortuantely Mana's choice in game genre is horridly stale, making the game into a total grind
fest. When Iggy finds out what's happening she uses her digital influence to update the old game with a more modern approach in hopes that it will become more fun.

Satisfied, Mana uses her technological know how to bring the group back into the video game world.

Once she does however it attracts an evil entity deep within cyberspace longing to be free once more. Can Jayce and Stacy beat Mana's game with Iggy's help or will they succumb to the shadowy influence hoping to consume them and use
their bodies to gain the freedom it seeks.

Gameplay features include a team which will investigate a forbidden tower, in an attempt to climb to the top and solve the mystery of why Mana all interest in the game to begin with. Also the deeper mystery of someone trying to kill the group which won't be as painfully apparent as the first mystery.

There will be puzzles to solve, dungeons to delve, items to find, and most importantly fun to be hand. Equipment will be limited usage, and there will be no levels. You begin and end the game at the presumed power level you start.

Knowledge governs your power, as well as an array of skills and equipment earned. Stats will be upgrades through consumables. A monster class is planned that will enchance through the eating of meat dropped by other monsters.

The game itself will be portrayed as a "game boy" style retro game, while the real world elements will be conveyed in POP! Horror.

All character concepts and designs are done. A portfolio can be produced unpon request. A script is being written through TWINE, and shared with the group. The story is public, and there is no NDA agreement or any provisions.
You may discuss and share your work freely, as well does it remain your own for the life of the project and afterwards.

Goal: I am looking to construct a solid 1 hour game, and should the desire and time arise to continue it even after the IGMC for the enjoyment of development.

Prize split is negotiable, I simply want to make a functioning fun game. If prompted a member of the team will be elected to submit the game and be responsible for splitting the prize if it is won.


Characters: Jayce and Stacy are two teenagers bent on being the world's best detectives, but also have the fatality rate of an animal shelter. Jayce is the smart talking, smooth rolling leader while Stacy is the heavy handed social justice warrior bent on being the most popular girl. Together they are Wheels and the Leg Girl!

Mana and Claude are two terriorsts that escapes their cell, posing as normal teenagers to fight the shadow organization known only as "Warello". Armed with her quantum notebook, Mana is able to digitally enter cyberspace with Claude

and directly fight the agents of terror keeping people safe and secure in the modern world. Though they have the resources of a small government at their disposal the duo cannot allow their true identities to become known, and so they have joined forces with two of the most low brow white trash kids in town: Jayce and Stacy. Also Claude is there, and he may or may not like men.

Iggy is the avatar and mascot of the IGMC, while she has met with the group before last year Stacy put her into a microwave and exploded her plans to host the beloved event delaying it till this very year. Now sworn to revenge Iggy has plans to confront Jayce and Stacy in the digital world and reclaim her grip on her international gaming contest so it doesn't fall victim to another of their wild antics.

The video game world is portrayed as the means which Mana can enter any computer program through her quantum laptop computer. She uploads an old game she lost interest in as a child, but remembers fondly. It's plain and stale, but Iggy comes along and helps it grow into it's true potential; so she can eat it.

Required: Please provide a sample portfolio of maps or a sound cloud link for your showcase album along with a list of where your work has been showcased in non commercial or commercial games(any engine). I am willing to wave this requirement if you come recommended by a friend in my network.
Last edited: Oct 6, 2017

Question; is Degecia the same or parent to Degica? It seems to be also in Japan.

If it is one and the same and first entry of your on-line resume, forgive that lowly dyslexic French-Quebecer to had noticed.

(err BTW, it was my kinda position in 2D animation... get jump starts at mistakes nobody caught. Not sure if it is useful in a position to your project!)

Sorry about that @Marquise* , fixed now. Thank you. That's what I get for typing it all up that late. I'd love to have nice animations, and will keep you in mind. I need to get the ground work set for the first week and have a working model to build on after this weekend is done.

Just remember that I was doing cartoon animation. Spriting just had beaten the crap out of me. LOL ^^ 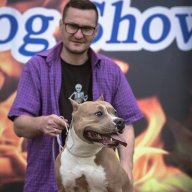 Im musician and I can make some sound fx for your project if you intereset.

@ma5amune Awesome, do you have a link to a soundcloud or some samples I can listen too? I'll check through your profile as well. Please do reach me on discord through the IGMC channel.

Bonkers said:
@ma5amune Awesome, do you have a link to a soundcloud or some samples I can listen too? I'll check through your profile as well. Please do reach me on discord through the IGMC channel.
Click to expand...

@ma5amune I've dedicated the day to listening to your samples. So far it's been a very rewarding use of time. I'll shoot you the discord invite, otherwise I'll contact you through Private Message with what we need. I really liked the fanfares you did, extremely powerful stuff.

Unfortunately I haven't heard from the prospective musician in over 72 hours, so I must assume he is no longer interested or joined another group. I'll keep this open in hopes a new musician is willing to join the project.

@Bonkers Have you tried the person who made the music of your other games?

@Marquise* First person I went to along with the usual crew I stay in touch with. She is currently pursuing classes and cannot commit to an IGMC project. The other composer I haven't heard a response from which prompted this thread. Thankfully a musician did just contact me recently tonight, so I am holding out hope he stays with the project when we have 17 days or so left.

I've also re-established contact with my mapper who was away for several days without word, so hopefully I can get the work I need from him as well.

*cybermental hugs* Best of luck to you!

jkweath
For anyone who has uploaded a game to Steam and wonders if they actually check your game's build when you first upload it, I can personally vouch for Steam.
58 minutes ago •••