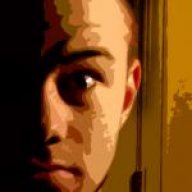 I have a Door, It starts closed (Face Down) it opens on action use (to face up)

When I go to close the door, the Set Movement Route has:

For some reason it always goes to "Face Down" then starts the Movement route.

The only thing I can see is the Self Switch change causing the event to revert to it's initial graphic. I tried doing a 2 page event but the switch would change before the movement route starts even when placed after the movement route and after a wait command, the resault is the same.

My event is attached.

Events, which are often NPC characters, turn to face you when you interact with them.  In the character sheets, each NPC has a row representing them facing down, left, right, and up.  When you approach and interact with them from that direction, that is the way they will turn - to face you - before the event commands start to run.

Now look at a character sheet that contains doors.  Their rows represent closed, partly opened, mostly opened and fully opened - NOT the door facing different directions, like a character.

However, the engine doesn't know what are characters (NPCs) and what are doors.  It just does the same behaviour for everything.

Wow. Thank you! The event facing the player character was exactly it. Would have scratched my head for hours figuring that one out. Always something so simple lol. 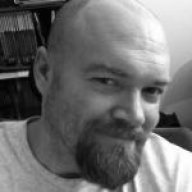 I've already noticed rare moments where the fixed direction flag on one page, does not engage correctly.

I am guessing its due to a previous pages direction (such as if the even walks around) bleeding over into the next page. Such that a walking guard, becoming a damaged guard, isn't a guard, but the old man or the red head, etc... It remains fixed in that position as it should be. Just showing the wrong character img.

KazukiT
While was working on one of the monsters that will appear in my horor game I may have made harold a Lovecraftian monster. (I used his head to keep things aligned.)
Today at 6:03 AM •••