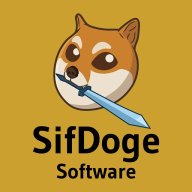 Hi everyone, I would like to inform you that my first release paid project now finally available on android only for $2.99. A short dungeon crawler RPG with capture and convert monsters system, here story and features of this game :

===Story===
A story about a brave knight who has fallen on the battlefield during the rebellion against the kingdom, but fortunately the The Allfather Odin gives him a second chance to be reborn as a stronger mortal. However, before that he must complete the Odin trials by defeating the seven guardians of seven dungeons.

alltheyuriz
I feel so dumb I forgot to set parameters and thought the plugin wasn't working
Today at 8:57 AM •••