@sanuyesunset Nice! Even though its one of the oldest, Anima - Cat Paw is one of the most popular

The ever burning blaze burns at its brightest just before pouncing!

Download animated battler from dropbox
​
As with the Kimera, the three Skull Walkers have been updated with the better fitting effects.


As a final note, inspiredtangle has fixed an issue with her blog, her spam filter was blocking ALL messages and comments... For those after permission for commercial use of her designs please do check back for replies no matter how late they may be.

Cosbunny - Frogger is so very cute I LOVE IT.  I swear it just made me do a girly squeal inside.  Thanks so much for using my cosbunny idea I could never have done it justice in editing, but your work is just so fantastic.

@DarkstarMatryx I've been meaning to give your idea a go for a while now, glad to hear you like it


Once mighty ancient brings ruled the earth! Now, spider and scorpion like insects wear their skulls for protection from the sun.

By the way, when are you going to do the monster on your profile picture?

@Goldschuss Yes, that will indeed be a mighty beast, one I am sure to bring to life sooner or later, however...


As it will not just be a creation of mine but also an embodiment of my 'identity', I am likely to reserve its 'availability' and/or 'commercial license'... 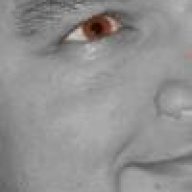 Can I use it in my projects? I mean, it's not for comercial use... Just a hobby of mine...
Your job is exactly the kind of drawing I was looking for, and they are superb...
(Sorry for my bad english)...

@felipeanjos85 You may use my battlers , credit would be appreciated if you share the project (just don't claim them as your own)

Keep up the great work Love it.

The battle of snake vs cookie continues, even half eaten apples have failed to hide the alluring scent of chocloate chips!

Enemy Version
​
He may have a goofy grin, but should you dare pick on his little brother this is one carrot that packs a punch!

Introducing the newest trend that brings light to the homes of fossil fanatics!

What's the difference between actor and enemy version?

@Goldschuss The victory pose sign; in the enemy version it is backwards as enemies are automatically flipped to face to the right. I did the same with the original Snake in Jar and the Can Living Objects. 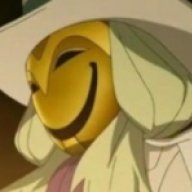 Weaving the sands for fun is but a hobby of these mystical insct-like sprites!


Of all Antima-kind the 'weavers' while physically the weakest, they are the pillars that support their society; leading their people through their telepathy and magic both spiritually and militarily.

Teru Teru Bozu a Japanese charm for wishing away the rain... So a cursed/evil version would have the opposite effect of bringing forth the rain and doing away with all this heat, right?


No? Fine, have a pumpkin-head scarecrow!

She's just so cute.  I love the little antima-Dune Clan Girl.  I like the Teru Teru Bozu and Pumpkin-head as well. Also the apple snake and the anemonite also look really nice I especially like the later of those two.  The carrot is cute for a kitchen fight. I'd love to see more plants like the cacti warriors and mushroom bandits where they look like they are full on plants with swords and spears, men. Like the anima.  Never the less all your work is such a wonder to see and so much of it has great places for me to find uses for.

@DarkstarMatryx I'm glad this little antima was able to live up to her potential, hopfully the future antima I have planned will have a place of their own too.


I'll be sure to consider more 'plantima' for future releases, and maybe adding 'ima' to more names

Its vacation season, and shadowy hawk-like dragon's are no exception! Unfortunately as I won't have any real computer access that makes this the last update until after next week.


This one is more of an edit I got when playing around but I thought it looks cool so here is a 'void clan' version of the Antima Weaver!

Lastly is a static based on request by @RoooodWorks and experimentation into more human-like battlers.

For no real reason other than because I could, I also gave the flames a life of their own
​
They come in 3 flavours Will'O, Darkflame and Marmite!
​

ShadowHawkDragon said:
Its vacation season, and shadowy hawk-like dragon's are no exception! Unfortunately as I won't have any real computer access that makes this the last update until after next week.


This one is more of an edit I got when playing around but I thought it looks cool so here is a 'void clan' version of the Antima Weaver!

Lastly is a static based on request by @RoooodWorks and experimentation into more human-like battlers.

For no real reason other than because I could, I also gave the flames a life of their own
​
They come in 3 flavours Will'O, Darkflame and Marmite!
​

incredible i love it


[The user of this technology is solely responsible for Wear and Tear, Misuse, Broken bones and Electrocution]

With my cold getting worse, there's not much to share this week so here's a new poll to fill in time.
Archetypes Revisited: http://www.strawpoll.me/10975548


One good thing about having a cold, all that sticky stuff is great for luring Slimes!

Haydeos
New card design, thanks to all my free time quarantined. (Hope that's not too big of an image XD )
Today at 6:04 AM •••

Philosophus Vagus
What do you do when you're your family's resident computer 'expert'...but you are anything but a computer expert?
Today at 4:08 AM •••

Storyteller-Hero
I wanna be the very best, like no one ever was. To make a game is my real test. To play it is my cause.
Today at 3:43 AM •••