The time to start moving into a new realm of battlering is steadily approaching, Actors and humans. This new design of humans marks the beginning of actors to come.

This first 'Actor' is a proud warrior of the Fencer tribe, her sword may lack a strong edge but it sure does sting.
Furthering the adventure into the new I am staring on 'large icons' for use with Yanfly's Item and Shop Core plugins.

Ever had problems poisoning those pesky bosses? Rest assured for the Anti-Antitoxin is here, one swing of this and all resistances to poisons will be removed. Does it poison as well? Of course not, how else would pharmacists make a living if they sold the value of two items in one bottle.

Lastly we are proud to announce the all new Sunstone, a rare and valuable amplifier of fire magic. It is said to even be the sun's energy captured in crystal form. Do not worry for it is no knockoff, just take a look at the official logo of the Suntopian Royal Family elegantly engraved on the bottom.

From above they come, slithery snakes. Angelic or Demonic, which side are you on?

Magneficent Snakes, @ShadowHawkDragon ! They're so elegant, with the power to destroy or bring life. I like them a lot!

The Quetzalcoatl (that is one tough name) and Hellviper are now ready to spread the powers of life and disaster.

In an ideal world, I'd win the lottery and hire you as my personal monster spriter XD

A wanderer who seeks adventure and wonder on her travels. With the hope of finding rare treasures and defeating powerful monsters she has set off from her home town. But unlike most of her profession, her starting gear includes the sacred Rune Blade inherited from one of her four fathers.

Legends tell of a sacred blade imbued with legendary runes which is capable of slaying even the mightiest of foes in a single slash. Alas, this is but a cheep knockoff.

Said to have been forged from the fang of a mighty juggernaut of frost, the Frost Fang carries with it the curse of the fallen beast. It is not a curse of blood turned to ice as often told, but that of hunger... Eternal hunger for hot hot soup.

Ever had that pain the neck when visited by the neighbouring vampire? Ever been harassed by a friendly devil offering gifts? Fear not for the latest Devil-Warding accessory, The Devil's Purge, is hear! Equipable as a pendant, earring or whatever fashion pleases you, the Devil's Purge will ward away those forces of darkness, day or night. Warning: Side-effects of prolonged exposure include headaches, nausea and nosebleeds.

And lastly an update to the Fencer's face. I would go further but she as asked me not to disclose the secrets of her newfound beauty.
Last edited: Feb 23, 2018

A trickster disguised as a jester shaped like a snake. A snake dressed for the ball. A spirit of darkness with a thing for linen and scales. The trick to this mysterious being's form is... None of the above!

The spirit sealing pot, an antique from ancient times often portrayed held by the maiden of Aquarius.

This replica was made with care for a good friend in celebration of his birthdate. Maybe I put a bit too much life into it as it seams to have a entirely new life of its own.
Last edited: Feb 23, 2018

A master of the shadows and trickery, its very existence is an enigma within an enigma. Is there any truth to this mysterious being or is it all a fabrication?

Even before the time of the jester these serpentine masters of trickery have existed; they guided mankind's evolution as shamans and oracles. 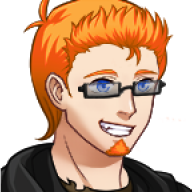 Incredible battlers I'm wowed each time. Thanks so much and great success to you!!

The deadly sumo steps onto the ring does anyone dare challenge him? This mighty bug has yet to face defeat, whether by battle or dance.

While the deserts have the all renowned Golden Sumo, the grasslands have their own lady to call champion... Even the crystal glaciers are ready for the ultimate Sumo Royal! Who has your money?

Keep them coming!!!! I can't wait to see more of your fun work!

The Booty Dance Squad has joined the mix, who can match their mighty moves. This time round the Attack and Thrust animations are slightly different; single bash for Attack and a rapid grind for Thrust.

Getting a 403 error from dropbox on these images. Have you exceeded your allowance for free downloads?

@Kes I'm not seeing any problems, can you tell me which ones are giving you are getting the error from?
To be honest I never realised Dropbox had download limits, I'll have to look into that.

Beetleful! They shall go down in style! Nice work.

Philosophus Vagus
The sinking feeling when you realize your grandmother probably isn't long for this world, and the frustration when you know that this pandemic will take her away...not because she has Covid, but because no doctor is willing to see a patient to even run simple diagnostics anymore if one of her symptoms happens to be a recurring fever, even if her primary care physician gives her the test and it comes back negative.
24 minutes ago •••

Kino
Will be revealing my project to the forum soon.
41 minutes ago •••