The great dragon orbs, collect all four of them and you will have a single wish granted.

This wish however is not just restricted to only reviving your closest friend but will cause the user to receive countless law-suites for copyright infringement. Use at own risk.

Warning: orbs have a habit of spontaneous 'elemental combustion' at the most random of moments. It is therefore highly recommended to avoid placing the fire orb near flammables and the water orb near electricals.


In addition to the normal battlers we have a few large-icon sized versions. 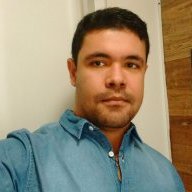 Thanks for these, I will love to use it in my commercial project, as soon as it is ready, I give you the credits and a copy of the game

Love the dragon and the orbs; they all came out great!

I'm using Google Translate, so it may be strange, but please forgive me.
I downloaded a wonderful material. thanks you.
What should I do with the credit notation when using this material?
Should I write the name and URL?

Neither rabbit nor squirrel, these feisty creatures make mighty warriors, cunning and crafty, they are the bandits of the forest. Any who wander aimlessly amongst the trees are sure to soon find their coin purse considerably lighter than before; relieved of them by sharp blade from behind.

But these thieves are not unreasonable, a nice carrot or tasty fruit and a friend for life will be made. However, whatever you do, do not call them rodents for you may find yourself on the receiving end of their blades, friend or not.

@TEN_ For credit please refer to me as ShadowHawkDragon, a link to this thread or my website is not necessary but greatly appreciated.

ShadowHawkDragon said:
@TEN_ For credit please refer to me as ShadowHawkDragon, a link to this thread or my website is not necessary but greatly appreciated.
Click to expand...

understood. I will use the material. thanks you. 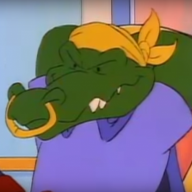 Dude, I love your work. 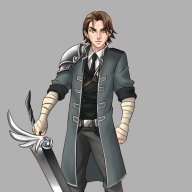 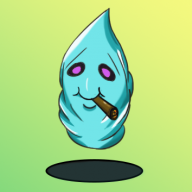 Hi ShadowHawkDragon, your animations look gorgeous and I would like to use them in my project. Yet I have a question here: Are your dragongbones files(e.g. jason files) workable with RPG Maker MZ? I am currently using MZ version.

Theoretically yes, I can't confirm myself but there's no reason they shouldn't work as they are still made in the same program (DragonBones).

The only difference is the framework version in which the files are exported as, and the later version used by MZ should still be backwards compatible. Ultimately you'll have to try for yourself.

ShadowHawkDragon said:
Theoretically yes, I can't confirm myself but there's no reason they shouldn't work as they are still made in the same program (DragonBones).

The only difference is the framework version in which the files are exported as, and the later version used by MZ should still be backwards compatible. Ultimately you'll have to try for yourself.
Click to expand...

Thank you for your prompt reply. I tried it in MZ yet certain error appeared. I think it might be something wrong with my Notetag if those files are compatible. I do not want to miss such good-quality animated battlers. I am gonna try to figure it out then.

Scrappy little dinosaurs reminiscent of raptors. Their predatory nature is surpassed only by their playful curiosity. Happily wagging their tails they love to chase objects and run in circles much like a puppy.

However, no matter how playful and friendly they may be, a predator still lurks beneath the surface as their greatest joy comes from seeking out unsuspecting prey; lunging at the very last moment leaving little to no chance to react.

Only the bravest of hunters dare consider taming a dinorapt, for you never know when the hunter may become the prey as their ‘trusted’ companion begins to hunger.

The raptors look really cool. Great job on them!

While reminiscent to the reptiles of old, evidence has recently come to light that these raptor-like creatures may actually be close relatives of dragons and not a direct part of the dinosaur species from recent times.

This finding has brought standing to a previously dismissed and heavily ridiculed theory by a scholar of decades past. Said theory proclaimed dragons and the dinosaurs of now to have both evolved, albeit separately, from a common ancestor, the theorised 'ancient dinosaur'. To so much as think That dragons may not in fact be the god born deities as belief dictates, its blasphemy at its finest.

However, no matter how blasphemous such crazed theories may be; the dinorapt's tendency to collect shinies and burp flames from time to time does give the slightest hint of credibility. Not that these snappy critters care much of their potential heritage, not unless there's food involved.

Those Dinorapt's are incredible! Awesome work on them!

I love your work. You have an incredible imagination.

Introducing the Prowler MK 3-2373-812-4471, the latest in security robotics. With laser precision sight, the prowler quickly identifies and swiftly proceeds to eliminate any threat at the slightest of provocations. There is no need for mercy for there is nothing left to enact mercy upon.

What’s more each Prowler shares one unified hive-mind. What one sees they all see; should a perpetrator manage to escape their inevitable eradication, the rest will soon follow.

Do not worry for your purchase, for this robotic series was modelled after the unstoppable alien plague that ravaged our old world. Warning: please keep Hive-mind control unit away from alien assimilation.

After a previous fiasco due to the hive-core being assimilated by the alien hive-mind despite heavy warnings, a new model in under trial.

Introducing the newest and latest in the Prowler series...

No longer does it require a physical core, each prowler drone is capable of synching wirelessly using encryptions no machine is cable of hacking. Not just that but each unit has its own uniquely integrated security code and group identification limiting the sharing of data beyond their specified squadron.

There is no threat of outward interference; once activated the new and improved Prowlers will follow their prerogative strictly to the letter, accessing threats fairly and without bias.

In demonstration, an attack has been launched upon the alien scourge themselves, eradicating them from existence and proving once and for all the impervious nature of our greatest product.

Warning: failure to provide precise instruction upon initialisation may provide undesired results, be carful of wording and typos when providing instruction for once initialised their is no rescinding the order.

We at DES.corp do not hold liability towards any damages or unwarranted eradications caused by user error.

I love this sci-fi looking battlers.

Once ancient kings and grand sorcerers who dared to seek mastery over the darkest magics only to succumb to death itself. All that remains of their twisted will, now lurks the night spreading their necrotic ways.

In life they desperately sought to escape death, yet, no matter how far they sank into darkness or how much they sacrificed, death soon came knocking scythe in hand. With no choice but to embrace the cold of death, they have escaped the grasp of the reaper finding solace in death itself.

These wicked tainted beings take residence in crypts where the bodies of the fallen rest, waiting to rise again as a mindless army designed with one purpose in mind. To bring the 'light' of death to the realms of the living.

Looperdooper
I'm new to rpgmaker mv, link me some good stuff to learn.
11 minutes ago •••

SoulBlade32
Finally, I have graduated from college and now I can put a lot more work into my game, after having not worked on it for the better part of a year.
39 minutes ago •••
kopa
post so i can change my profile picture ^^
49 minutes ago •••
Crimsin_Chaos_01
Creating Some art for a fighter game.
Today at 5:58 AM •••

DJ990J
Finally was able to record the rest of the game demo! I added some edits here and there, this is why it takes me so long to do stuff cuz I find a problem and have to fix it asap. x.x
Game: https://dj990j.itch.io/region-of-mythos​
Today at 5:31 AM •••