You ask what the game is about? I will tell you what it is about.

100 Years ago, during the war between Olympus and the Underworld, one man from each side was banished with treason. They were cast down onto Earth, and the humans were furious, they hunted down these two like barbarians, and any others that were cast down. They found each other one day, and they made a gate, a gate that would change the future for the better or the worse. They welcomed any Demi-gods and half-demons they could find. Through those gates, was an island, a safe haven, with an academy so they could learn to survive and live on their own. There was a prophecy written on a stone during this new worlds creation, that a boy will come to this academy, and the fate of their new home relies on this child. That child, is you. You are the one who will decide if their world will come crumbling down, and let them be hunted like wild animals, or you will save their lives and keep the academy standing tall.

Who are some of the characters that will be in the game?

Kuroi – who is the main character, you. His start off at the academy isn’t so good. He finds secrets and reveals the true evil behind the academy and the true reasoning behind the creation for the academy.

Yoru – he will become one of Kuroi’s allied during the game. There is a dark past between him and Marik that Marik holds against him.

Marik – His family was massacred shortly after the war. His aunt ran away with him and left him laying on the church steps. Marik’s gift started revealing itself during a funeral, which is why he was cast away to the academy.

Tamashi – President of the Akuma Academy, he is also part of a secret society. Every since Kuroi came to the academy, strange events started happening, and Tamashi has been right behind him, as if he just “

What stuff will be in the game? What functions?

Do you have any screen shots to show us?

I fear I do not, I am sorry. I am currently working on trying to either find someone to help make tilesets and sprites, but in the mean time, I am working on it so I can show you guys some cool stuff that will be waiting for you!

What feedbacks are you looking for?

Right now, any at all that you would like to give. Negative or positive, it will just help us push the game towards the right direction, to becoming a game that would make others want to enjoy playing.


I do not have any requirements for any who wishes to try taking up a position. Even if a position is full, you can try asking if you could try out for a full position. It being full, does not mean that you can and/or cannot get into that position, it just depends if there is stuff that may be needing done that we need extra help.

I also would like to point out, if you are new to this or old, it does not matter. I will gladly have any help that someone wishes to bring. So, who wants to show everyone your talent?
You gave the requirements, what are the positions?


Right…Well, here they are!


Well, I really hope you guys will come and help! If you want to know more about the game, just pm me and I will tell you more.

I would like to inform you, that this game will be made into a manga. Hopefully as well, we wish to make this into a series.
Last edited by a moderator: Aug 29, 2015

I think if you wanna make team, please make detail your project.

Game is not about story, but remember game must have fun mechanic too.

Maybe if you make more detail your game, maybe anyone can help you. 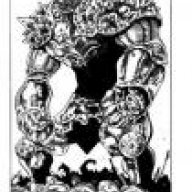 well if you need any beta tester you can just contact me ...

SireHawk said:
well if you need any beta tester you can just contact me ...
Click to expand...

We will need a beta tester once we get a demo version up and running.