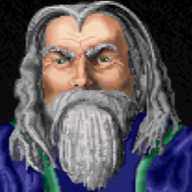 I have a (hopefully) simple request. I'd like some battles to feature a HP total/bar for the entire party - every hit on an individual party member deals damage to them AND the same amount to the shared pool. Individual party members get KO'd as normal, but if the party HP hits 0 its automatically a Game Over, regardless of who is still standing.
Ideally I'd be able to set the party HP total with a variable, rather than the pool being a simple sum of each member's individual HP.
The party HP bar should be visible in battles where the pool is used, but (obviously) not visible in battles where it is not.
A switch or script call can be used in Troop setup to activate the shared HP pool for that battle, as not all my battles will use the feature.

Someone named Kirip made a very similar request for RPG Maker VXA. I'm after something like that for RPGMMV.

Many thanks to any kind souls taking up my request. Do let me know if you've any questions about it!