Sharp drop in FPS on all projects, please advise

For the last week I have been trouble shooting my main project, thinking I had an event error or plugin conflict, because of a sharp drop in FPS (down to below 30 FPS) about every 15-20 seconds while play testing. I just realized that the drop isn't isolated to just my game but it seems to be in all RPG Maker projects, even new projects with no extra plugins activated. It causes a noticeable stutter while characters are moving.

I don't know what could be causing it, to be honest. Unless it's an issue with the RPG Maker application itself that is running the projects.

I am using the Intel processor to playtest, I have tried it with my Nvidia processor and the drop is more subtle but still there.

I am trying to understand what the different "modes" are, I am running the project in WebGL mode but I have no idea what that means or how to change it.

Are there specific settings that RPG Maker should use? Maybe I have it set up wrong?

Any advise would be greatly appreciated, thanks. 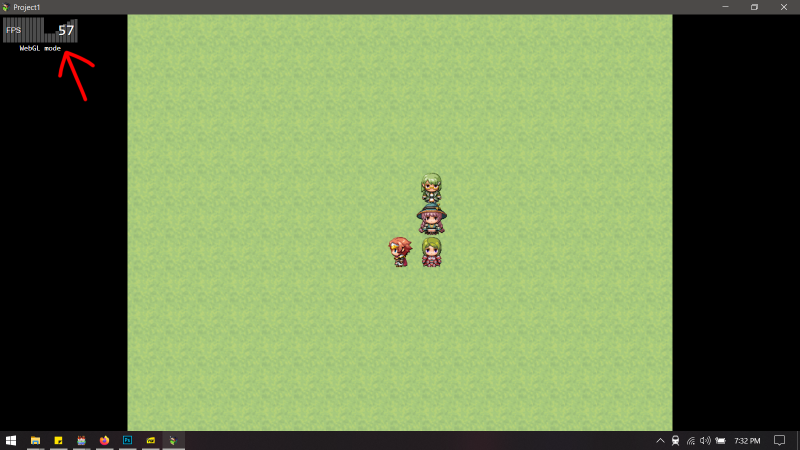 What else have you got running in the background? Open up your performance window and see if CPU/Memory usage increase at that time, then check out Processes and sort by either CPU or Memory - just keep that open while you're playing, and when these glitches happen, see if there's something jumping to the top of the list in the Processes window.

I will do that now.

In the mean time I found this thread HERE where KillerGin had nearly the exact same issue. He solved it by shutting down Chrome but I don't even have Chrome installed on this PC.

There are no noticeable spikes in CPU usage or Memory. I have hardly no process running the background that could possible cause a drop like that anyway. Is there anything basic I may be missing, like should I be on or have a certain version Javascript installed? Something simple maybe that I might be overlooking?

Snarkyfork, please avoid double posting, as it is against the forum rules. You can use the "Edit" function on your posts to add additional information you've forgotten or respond to multiple people. You can review our forum rules here. Thank you.

At this point I will suggest that you stop making new threads, as they are all related to this one issue you are having, and it's getting really hard to keep track of what you are doing. We (and others) can work through it with you, but it's better to keep everything in the one place so it's easy to look back and see how things are set up and what you've tried).

I don't think you will get any benefit by updating to 1.6.2

What plugins do you have? Can you show screenshots? If you are on 1.6.1 are all of your plugins the latest version to run on 1.6.1?

If you start a brand new project and don't add any plugins, create a few maps and some basic events, can you reproduce the problem there? If so, it would indicate that it's not an issue with your plugins or your game, but something about RPG Maker itself, or your system.

Yeah, everything else is running fine.

If you start a brand new project and don't add any plugins, create a few maps and some basic events, can you reproduce the problem there?
Click to expand...

The screenshot at the top of this post was a new project with no plugins at all and the lag spike was there. It comes at regular intervals at about 12-15 seconds, repeatedly and consistently.

What plugins do you have? Can you show screenshots? If you are on 1.6.1 are all of your plugins the latest version to run on 1.6.1?
Click to expand...

My project is on 1.6.1 and as far as I know all of my plugins (mostly Yanfly and a handful of Mog Hunter) are all updated

I have torn my game down three times now by creating a new project and adding my map json files first, then adding plugins one by one until the issue appears.

1) The first time I tore everything down I found that when I activated the Mog Hunter actor and party HUD plugin he spike became noticeable. So I concluded that it was the actor and party HUD, probably because they continually update and have a feature called "smart fade" that makes them fade out when the character is beneath them on the map. I figured they were just resource intensive.

2) Then I noticed as I was playing other RPG Maker projects that it was happening there also... so I started a new project with no plugins active and the drop was still there. That was the screenshot I posted at the top of this thread. At this point I redownloaded RPG Maker and reinstalled everything. The lag seemed to go away in the new project and it became less intensive in my main game (with the Mog Hunter party and actor HUD active).

I went looking for answers and came across a post made by KillerGin a year or so ago where he discovered that running Chrome or having it open caused FPS to drop at regular intervals in a manner very similar to how it was happening in my projects, but I don't use Chrome. He mentioned a file called NW.js which is shared by browsers (I guess) and that RPG Maker uses it also, maybe for data collection or something, who knows.

Someone else also mentioned that updating RPG Maker changed this file... so that was when I reinstalled RPG Maker MV, thinking that maybe it would replace the file since it might have gotten over written by something. And it did help, mainly in new projects.

3) Today I started a new project (again) and rebuilt my game by adding my data .json files first to check the FPS with no plugins (no lag spike). Then I started adding plugins again and sure enough when I got to the Mog Hunter actor and party HUD plugins the drop appeared (again).

I guess my conclusion, unless anyone has more insight into this, is that I need a more light weight HUD plugin (they may all cause this to happen for all I know). And... from what I glean from reading other posts about RPG Maker lag, that RPG Maker uses a NW.js file that might be used by other applications or possible over written or altered.

Something good did come from all of this, I learned the value of using the erase event function to make healthy parallel and autorun events, huzzah!

HOLY crap, your Computer is nice, it should have no issues with RPG maker at ALL!

I think upgrading to 1.6.2 is actually a great idea.

Here are a few suggestions

1) Upgrade to 1.6.2 (I think 1.6.3 is not a big deal, minor fix to Japanese stuff, etc.)
2) Update NW.js (I have a guide for this, huge performance boost)
3) Update Chromium (I have a guide or thread for this I think... lol... just update it in chrome, look for update setting) Also make sure all apps using chromium are off when playing RPG Maker games etc.
4) Make sure you are using your Good/dedicated GPU (I just posted a new thread less than an hr ago..... I dunno what happened to it, suppose to be under review and it disappeared, it was awaiting review in the same place as the NW.js Guide..... Can you check this? @Shaz GPU guide, super handy! Should be fine as a tutorial)

My last guide at on 4...... especially important, computers like his should have no problem at all, he may be using his integrated GPU which would explain this.

Excerpt from my missing guide: 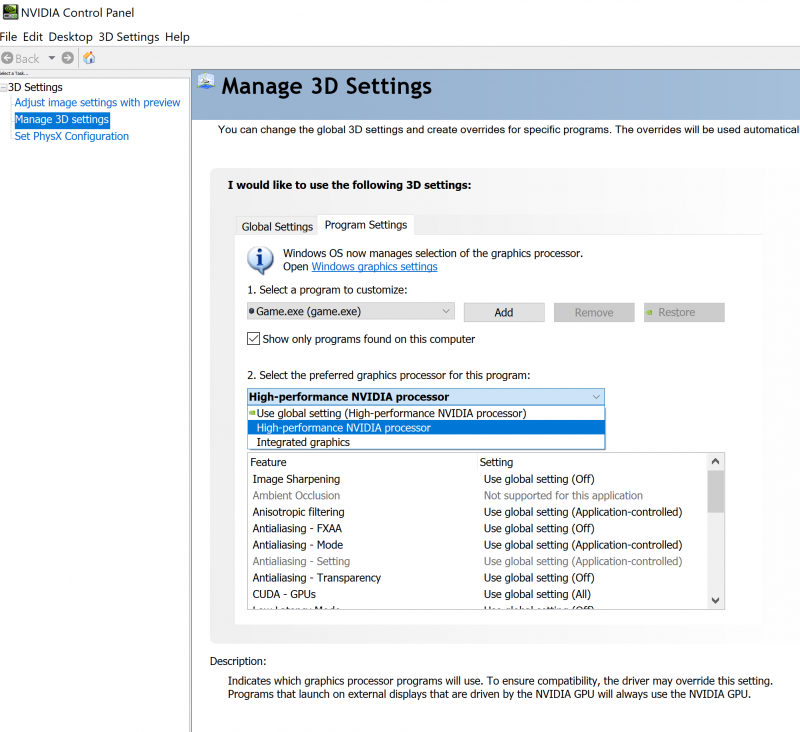 What kinds of applications actually use "Chromium"? I don't even have google Chrome installed on my PC. And I would love to see your write up on NW.js. At one point I downloaded the files but I wasn't sure how to install them.

All types of applications, including browsers.

How to Update NW.js to Dramatically improve Game Performance!

WARNING: This is a step by step guide for MV users to update their NW.JS to dramatically increase the performance of their game. (Updating NW.js for Mac may make RPG Maker MV compatible with OSX Catalina and Big Sur! OMG!) MZ users can use the ideas presented in this guide to update their...

I recommend Process Hacker, to see what is actually running, where, and how hard. 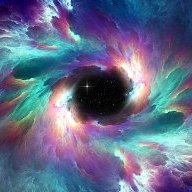 I have been having the freeze issue for years, at first I thought it only occurred when switching windows then coming back but eventually I realised it would freeze randomly even if I never switched windows to something else, every time I tried to find help or an answer nobody seemed to know anything. I'd just get a sudden fps drop to zero and then the ms would shoot up to 999 and Id be unable to do anything but I'd still hear the sounds in the background as though it was still playing. It reached a point where I stopped using RPG Maker altogether to make games and even deleted my games.
Is there truly a fix for this? the plugin that supposedly fixes this issue has one small line of code, surely it's not that simple?

The spike is due to the GC in PIXI. I had to redesign the system so it only triggered when I commanded it to instead of automatically after a few seconds.
After that it ran fine with no stutter whatsoever.
You must log in or register to reply here.
Share:
Facebook Twitter Reddit Pinterest Tumblr WhatsApp Email Share Link