Really amazing plugin, looking over the OP though it doesn't have the terms, conditions, and license there.

Charles_Odinforce said:
Really amazing plugin, looking over the OP though it doesn't have the terms, conditions, and license there.
Click to expand...

You're right, I added a new license to the OP now:

I think I changed the license after someone was severely abusing our/my scripts to create unfinished games and mass releasing them on Steam with our scripts in it but this hasn't happened since then so the CC BY 4.0 is fine now. You know those 'great devs' with games like: Air Control
Last edited: Jan 29, 2020

See I'd be terrified of releasing something incomplete, maybe its the perfectionist in me, I just can't see why someone would want to ruin their name doing a mass release of refuge when they could instead focus on making one really good game within whatever limits they have. I'm not a coder, or an artist, though I can script a bit if its data related, and I can draw pixel art, but even then I'm focusing on what I can do to make my project unique in its own ways.

Still as someone who watched one of his old IRC Game Bots get "re-released" by others with a new coat of paint on it and nothing else, I can sympathize. Mind you that was 20 years ago. Anyway, done rambling, just wanted to give a heart felt thank you for the effort and the quick response.

I'm trying to combine this plugin with MV3D to make an Etrian-Odyssey style game, but I'm having a problem when using a custom map. It does function as intended, but... 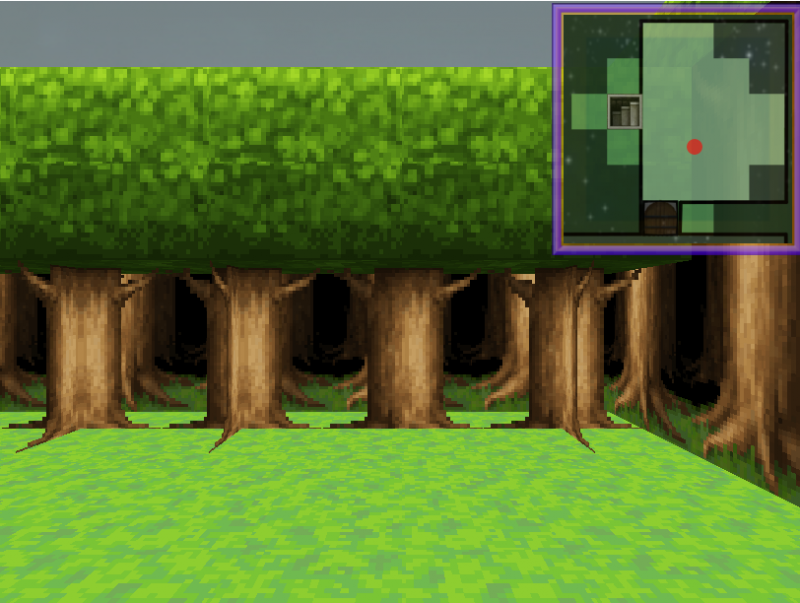 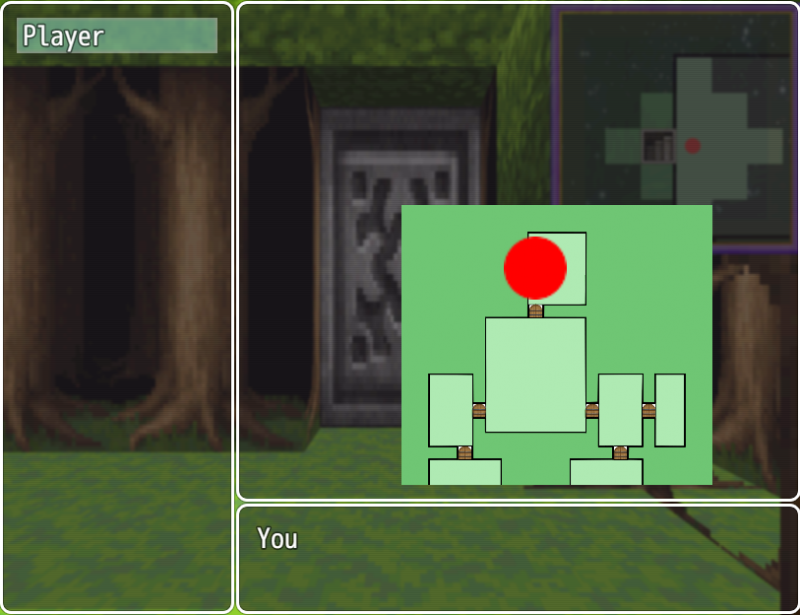 The entire map is visible right away even with FoW active, which I do not want. Even in the minimap, the walls and doors are visible through the FoW (can be fixed by setting opacity to 255, but I'd prefer it to be semi-transparent). I'd prefer not to generate maps since terrain tags and regions are already being used by other plugins and could interfere with one another (plus custom maps just look nicer imo).
In addition, the player blip is far too large in the map menu.

The entire map is visible right away even with FoW active
Click to expand...

The Minimap menu not respecting the FoW is a known bug and on the todo list. I added it to the OP since it was not listed there. Sorry!

Regarding the opacity, did you alter the Minimap Opacity parameter? If so, could you try it with the default 255 value setting? Because I just found out that the FoW bugs in combination with a lower opacity setting (the FoW should not lose opacity but it does).
This plugin needs some more love from me but it doesn't pay my rent and I have to prioritize work that generates income first. Most fixes wouldn't take long though to implement for me.

the player blip is far too large in the map menu.
Click to expand...

Did you try changing the "Player Menu Icon Size" parameter to a smaller value? This works for me.

Having a major problem: minimap working as intended in test play mode with accompanying mapshot, but will not work for non-generated maps at all in deployment. Even the demo version included with the plugin won't show the mapshot.
Attempting to force the map to appear via plugin command results in the following:

But the minimap folder and correct map are both in their correct places in the directory. Again, this functions exactly as it's supposed to in test play, but not after deployment.

EDIT: was able to force it to work by creating a separate "img" folder with the minimap files in the main directory. The plugin will not find the correct files within the generated "www" folder created during deployment that contains all the other files. 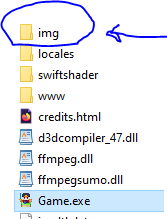 That "img" folder only contains the minimap and minimap system files. Doing this made it work. The rest of the images are in the main "img" folder within the "www" directory.
Last edited: Jan 31, 2020

@hsumi
You are right. I just quickly looked into this:


JavaScript:
So I first thought that RMMV does not take into account deployment paths at this point and that they hid this code in their closed source. But that is not the case because generated maps DO work including the loading of other images like "Overlay.png" that are located in the very same folder.

I was able to force it to work by creating a separate "img" folder with the minimap files in the main directory. The plugin will not find the correct files within the generated "www" folder created during deployment that contains all the other files.
Click to expand...

This does seem to fix it... Maybe I just made a stupid mistake somewhere.

I made sure that "Exclude unused files" isn't checked and I verified that the images do get deployed. So this code can load images like "Overlay.png" but not images like "001.png"... So I changed the names from "001" --> "a001" to prevent it starting with a number. Still didn't work.

Of course, there is no option in RMMV to enable the console for deployment and I just found out that the big update to RMMV also broke my Console Manager plugin so I can't debug it right now.

This is a rather serious bug that you found. However, first I'd have to fix my console manager to debug this and then find the bug in my Minimap plugin. It's probably one or two lines of code but I can't fix it in 30 minutes now so I'll have to fix it, someday... Maybe I ask a friend to look into this for me this weekend but no promises.

Another quick question: is there a plugin command for an event to become visible on the minimap? I know you can set an event to be visible with the event's note tags, but what about if we want it to be invisible until manually made visible by a command?
For example, activating a shortcut will make its icon appear on the minimap.
I thought you could do this with note tags on different event pages, but apparently event notes don't work that way.

I can't remember but judging from the Help section from the plugin, I'd say no. But it's a nice feature to add when fixing the bugs next version.

Edit:
Note: I just accidentally uploaded an unfinished newer version of the minimap (v1.30) in the master demo, this version is not yet finished! Please use the regular download listed above it instead (v1.21).
Last edited: Feb 21, 2020 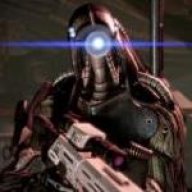 I like this plugin, but I was wondering if it is possible to add a Show/Hide Option via the Options Menu provided by Yanfly's Option Core plugin to toggle the minimap.

If so, how would the easiest way to do so work. 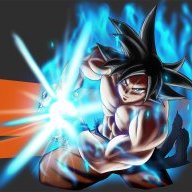 When I am on the same map it works perfect even so I do not know how to refresh or make the events appear, but when I change the map I get this error

GethN7 said:
I like this plugin, but I was wondering if it is possible to add a Show/Hide Option via the Options Menu provided by Yanfly's Option Core plugin to toggle the minimap.
Click to expand...

Thank you. Almost everything is possible.
However, in this case, I don't support her plugins anymore because (removed). It's not hard to do what you need but I won't help you here.


Elenaril said:
When I am on the same map it works perfect even so I do not know how to refresh or make the events appear, but when I change the map I get this error

Sorry about that. v1.30 was a rather quick upload and I plan to continue tomorrow. I just uploaded v1.31 that should fix this silly crash. I'm rather busy with commissions which take priority over free stuff.
Last edited: Apr 11, 2020

SilverDash said:
Thank you. Almost everything is possible.
However, in this case, I don't support her plugins anymore because first, she got a great number of donations (which totaled up to a lot, especially considering local economy) for her plugins and after receiving that she changed them into paid ones instead... Even other scripters have to pay to make their scripts compatible and more reasons.
It's not hard to do what you need but I won't help you here.
Click to expand...

Fair enough, respect that entirely. If you know of some alternate means of adding such a toggle that you would be willing to support, I'd be happy to try any alternative.

Would perhaps a toggle in the default menu (when you press escape) help you?

SilverDash said:
Would perhaps a toggle in the default menu (when you press escape) help you?
Click to expand...


Certainly, that would be just fine

I'll add that next version then.

SilverDash said:
I'll add that next version then.
Click to expand...

SilverDash said:
I'll add that next version then.
Click to expand...