Hey, do you think there is a chance you can make this similiar to how vehicles function in battle in Phantasy Star 4? With their own stats and skills and such? I mean, I could probably get by using eventing, but it would make it a lot more simplerthis way.

In case you don't know how they functioned in PS4, vehicles had a set amount of HP and a short skill list, usually firing a bomb or carpet bombing, or something like that, and if their HP hit 0, they were destroyed and the entire party was wiped out. The vehicles HP restored to full after the battle, but it couldn't use any items or recover HP in any other way. Also, its skill uses were restored after sleeping at an Inn. 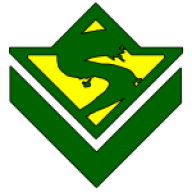 The only thing I would personally add into it is the ability to not receive Floor Damage while in the vehicle. For example, in my game I've got a swamp (with floor damage) on the world map that is pretty hard to get across on foot as it has overpowered monsters in it combined with the floor damage. It's great that the script can allow for switching off encounters, but floor damage still occurs.

great plugin, been waiting for something like this for a while now.


I don't know if this is possible, but I would like to change the air vehicle into a land vehicle, and not the boat, as I need both the ship and boat in my current project. Is that posible? Any help is greatly appreciated

I see there's an option to set a region that blocks the landboat, but what would be the best way to set a region only passable with it? Like if you can't cross the Incredibly Pointy Rock Desert without getting the tank first? 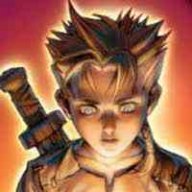 I tried to use this plugin in my project. Very cool though, the land vehicle still moves like a boat, what a pity.
Last edited: Jul 14, 2019

@Elio Lava Please note that this is an English language site and only English can be used in public posts. I have, therefore, removed the content of your post. Please use the Edit button to re-type the message and use Google translate for the comment if you do not have sufficient English yourself. 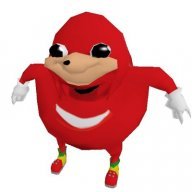 For people having issues with the plugin:

I had issues too when I right clicked > save as. That (sneakily) saves the github page itself, not the .js file like it claims. Not Karberus' fault, that's just how github links do it for some reason. To get the file, follow the link through and get it from github directly.

In the interests of convenience:
Karberus, if you want me to edit this and remove either link, send me a message and I will. 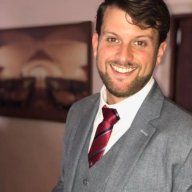 Can I mad necropost this? I just tried this plugin; I have a few of Yanflys installed as well; and it doesnt seem to do anything.

There is no necroposting restriction on the actual thread page for the plug-in. Just for support threads. However it still could be a good idea to make a new thread listing the plug-ins you are using as well so others can see if it is a plug-in issue, especially as this plug-in was released in 2015 so the author might not be here.

stevenblanc said:
I just tried this plugin
Click to expand...

Dororo
What theme for the next windowskin? You'll decide. Tell what you wanna see and I'll try for.
4 minutes ago •••

Storyteller-Hero
I just saw in a manga an interesting mechanic - setting up a stationary teleport beacon that one can go to no matter where one is in a dungeon. I think it'll work with a similar setup to how I did my airship transition.

Ooh what if you could set up multiple beacons and choose from a list of the beacons you set up?

aroha
Is the running performance of MZ output to Android platform smoother than MV output?
Today at 1:43 PM •••