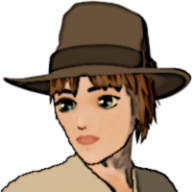 This plugin allows to remove choices from the Show Choices... command in RPG Maker MV.

It adds a single Plugin Command that will remove choices from the list of the next Show Choices... command:
Remove Choice i
Replace i with the number of the choice you want to remove, with 1 being the first one.

Typically you use that command within Conditional branch...

You may remove as many choices as you want, except the final one. If you remove the last one, the plugin may or may not work depending on whether you did everything else right.

So handle with care.

The moment the next Show Choices... command is executed, all choices marked with the Plugin Command: Remove Choice will be removed from the list.

Then the settings are cleared and the next Show Choices... command will display all its choices, if you don't use the Plugin Command: Remove Choice again to remove some of its choices.

Note that this plugin shamelessly reimplements Game_Interpreter.prototype.setupChoices, so it won't work with other plugins which do that. However, I have tested it with a whole bunch of other plugins, and had no problems.

Terms of Use:
Code is under Apache License, Version 2.0
TLDR: Free for commercial and non commercial use within RPG Maker MV, edit as you want, no warranties.
Since it is derived from RPG Maker MV code, parts are still ©2015 KADOKAWA CORPORATION./YOJI OJIMA.