Simulating speech of two actors at the same time

This may sounds really silly, but I reached point where are quite extended dialouges in my project. Mostly when party members are arguing between themselves (about various things). I want to avoid using repetitive mechanics of dialouges where one actor says his line, then another one and so on.

I saw nice plugin that allows to use multiple message windows with faces at the same time, wich basicly could solve my problem, but due the game resolution I use for my game it's out of option (3 windows almost covers entire screen and getting right order of reading texts might be troublesome), so I figured out I simply use one window with colored text (each color is assigned to specific actor) and show those lines at the same time in one window, wich is nice and comfortable for reading, however this solution has downside - I can show only one face or none. (scaling faces and putting them in one frame of sheet also is out, because faces have sliced edges)

I'm asking how you would or you do with situations like I described above?

it depends on how much effort you want to place in.

the absolute maximum would be to have someone program a message plugin that allows a different structure for the message window - like two faces on opposite sides at the same time.
But that would require quite a lot of programming work and may cause compatibility issues.

the easiest way would be to trick the player with displays in a different form.
have a show picture command place whatever picture(s) you want as message borders (can be any format you can do in GIMP with busts or faces all over).
Then place a show text with invisible windows above it, pretending the text was placed inside your pictureborder. 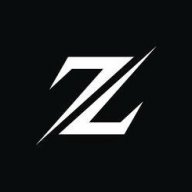 You could use a text plugin for message bubbles (have the text a top of the character). That way the message window is as big as the message, if needed you can make the font of the message smaller.

But for this to look good you probably would need to make all conversation events use that system. 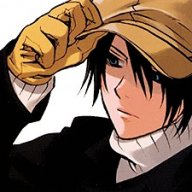 If this is happening in a cutscene where you can disable followers and use events to represent them, then you can ditch the faces and use reaction balloons on them (for instance, actor 1 and actor 2 show an exclamation mark at the same time) to show which ones are participating. But this is only if indicating who is talking is more important than using facesets for you, of course.

This is definitely not a game mechanic - I'll move the topic over to General Discussion.

For easier ways to do it, you can simply accept that the multiple speech bubbles will cover the screen for a few seconds... OR, you could sequentially show the characters' speech getting cut off by one another to give the effect they were speaking at the same time. For example:
Alice: "So it's decided. The best place to go for dinner is--"
Bob: "The Italian Restaurant on the cor--"
Carol: "The Chinese Restaurant on Main Str--"
Alice: "The Mexican Restaurant in the ci--"
(beat)
Bob: "...I guess it's not decided after all."

Also, if characters are saying the same thing at the same time, something I like to do is just create a custom Face to go in the window which shows each of the people speaking at the same time, such as this example, and then just put the dialogue once in a single message box. Although, you could (and should) add a larger frame around the divide between each face, so it doesn't look like a cyborg that wants to crush you and your planet. 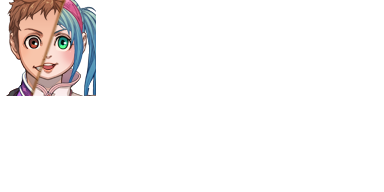 @Wavelength your idea was on my mind, but there is problem with faces generated in MV/MZ, they're big, so scaling and cropping them will be difficult to do it.