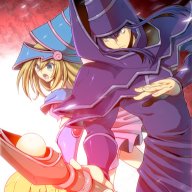 So I implemented a skill leveling systen where skills would level up and be replaced by stronger spells, the way I did it was by the use of a common event on the skill that checks a variable until it equals a specific value then once that value is achieved then it would run another common event that will forget the weaker skill and learn the stronger skill. Although it's been working but when you have characters that use the same spells, you have to make duplicates of that same spell, variable, and common events. I was wondering if someone knows any easier way.

If you're ok with using plugins, there's MrTS_SimpleSkillLeveling

TWings said:
If you're ok with using plugins, there's MrTS_SimpleSkillLeveling
Click to expand...

I am okay with using plugins but I tried to use that plugin and it would crash my game and I'm nowhere sufficient enough with JavaScript to fix it. Thank you for actually trying to help! I really appreciate it!
You must log in or register to reply here.
Share:
Facebook Twitter Reddit Pinterest Tumblr WhatsApp Email Link