Skill works in battle, but not outside battle, even with "occasion: always" 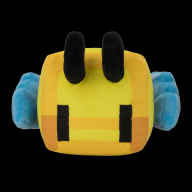 I have a slightly convoluted healing skill that works fine in battle, but doesn't heal outside of battle the way I would like. I suspect it comes down to my incomplete understanding of the "Force Action" command.

The skill is a pretty basic healing skill, but I've introduced a bunch of randomness and failures and messages and conditions to it, all of which take place in a common event which the skill calls. (Couldn't see any way possible to do it within the skill page).

Happy to run through the entire rigmarole of the skill, but since I suspect the issue can be traced to Force Action, I'll start there.

The skill runs a common event which ends with a "Force Action", forcing a healing skill on "Last Target". In battle, it works, outside battle, it does not, which makes me think that I don't understand how "Last Target" works -- does target mean something specific to battle, but not outside battle? Both the instigating skill, and the one it's common event calls, are set to Occasion: Always.

Would anyone have any thoughts about this? If Force Action: Last Target doesn't explain the skill's failure outside battle, I can provide more info, but I didn't want to clutter what might be a straightforward issue.

Well that's definitely a starting point. Is there any way to force the action on a specific actor in that case, without a plugin anyway? I'm lucky in that this skill can only be used on one specific actor, so I'd love it if I could just specify the target somehow. But looking at the "target" field of Force Action fills me with confusion -- what on earth are all those "indexes"?

I'm a little confused that Force Action allows you to choose a skill as the action, but withholds any reasonable choice of arguments ...

cuby said:
Well that's definitely a starting point. Is there any way to force the action on a specific actor in that case, without a plugin anyway? I'm lucky in that this skill can only be used on one specific actor, so I'd love it if I could just specify the target somehow. But looking at the "target" field of Force Action fills me with confusion -- what on earth are all those "indexes"?

I'm a little confused that Force Action allows you to choose a skill as the action, but withholds any reasonable choice of arguments ...
Click to expand...

Your problem is that "force action" commands are only executed in battle. Internally, there are two forceAction functions: one for Game_Battler which takes as its parameters the skill ID and the target ID; and one in BattleManager, which takes the battler as a parameter. They work together to execute the actual effect. It logically follows that outside of battle this tandem functionality can't happen, because BattleManager doesn't do anything out of battle.

What you need to do is have your common event have a branching effect based on whether the party is in battle or not. Thankfully that is easy to do.

cuby said:
what on earth are all those "indexes"?
Click to expand...

as explained above, the indices assume that you are in battle.
But each battle can have different enemies, so outside a troop event the engine can't determine which index stands for which enemy.
so inside a troop event the actual enemies are listed where the index stands - outside it remains the index and simply means "first enemy of the troop", "second enemy of the troop" and so on, or "first party member", "second party member" etc for the other side.

Thanks @Andar and @Trihan, I understand how Force Action works much better now.

The question remains though, how to force the skill to be used on a party member outside of battle.

I've searched through the Conditional Branch options, and actually cannot find anything there that is obvious to create that "battle/notbattle" branch.

And although I'm wracking my brain, even if I can create the two conditional branches -- one for in battle (which can use the Force Action), and one outside of battle -- I still cannot figure out how to get that skill cast on my party member.

I suppose I would just handle the healing outside the skill entirely? Just use "Change HP"? I guess I would need to find a way to replicate the healing formula outside of the skill, but that would technically work. I imagine I would need a script call to account for all the attributes that go into it? But that seems like something of a solution.

But how to get there -- how do I create the conditional branch to check if we're in battle, first and foremost? Because otherwise, my guy will get healed twice when in battle

Many thanks for your help!

Your condition needs to be script => $gameParty.inBattle()