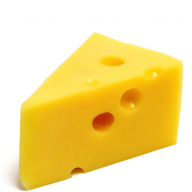 I need some help answering these three questions please in MV:

1 - How do I create a skill that randomly damages either the target or the user, which is affected slightly by luck?

2 - How do I create an item or skill that takes time to have an effect (e.g. a potion that takes two turns to drink in battle) but with them not taking time to use outside of battle?

3 - How do I create a bow that uses an arrow every time you attack, or use a skill involving a bow, that you cannot use with no arrows?

For example, on the first skill, you need 3 separate skills, one to run the common event and one for each effect.

The common event would set a variable to a random number, we'll say a number between 1 and 100. Then it'll add, lets say, 10% of the LUK stat to that variable. Then do a conditional branch where if the variable is 50 or higher, then it uses the effect that damages the enemy, otherwise it uses the effect that damages the user.
You must log in or register to reply here.
Share:
Facebook Twitter Reddit Pinterest Tumblr WhatsApp Email Share Link

Storyteller-Hero
Doing clean-up on tall-ified sprites, filling in pixel by pixel where the stretching warped the image, feels incredibly tedious but also highly rewarding when one zooms out and the sprite looks even better than before.
33 minutes ago •••