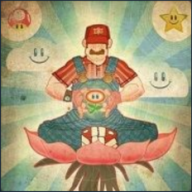 I'm looking for a way to forcibly end an actor's turn, even during their input phase. My goal is to time-limit each actor turn for added tension during combat. I'm using Yanfly's STB as my base system with BARREY_CommonEventsInBattle for running CEs more easily.

- At actor's turn start, timer is launched via common event
- In a battle Event (set to Don't Run, Moment):
I tried Force Action as I noticed that with Yanfly STB, forcing an action ends the battler's turn. However it does not seem to work during an actor's Input Phase. Ultimately, what I want is the Actor's turn to end once the timer hits 0, and the game to move on to the next battler in the Turn Order.

The timer system itself is simple and triggers events successfully; I just don't have any idea how to properly end an actor's turn or force an action to do so. Attempts to call the Turn End functions in Yanfly's Plugin have crashed the game, so clearly I am missing something.

Any idea how to achieve this? 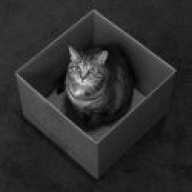 Unless something in the battle system you use handles it specifically differently, an event page set to "Don't Run" never runs. It just sits there looking pretty.

I've set the timer event to flip a switch when it reaches 0, and set the battle event to trigger when said switch is ON. The event now works...

... except it only triggers once the Actor has launched an action (i.e. I select an action, target, etc., and right before it executes, the event triggers).

So my initial problem still remains: battle events don't seem to trigger so long as an Actor is in the Input phase. Is there any way to override this?

(Note: running the Force Action command directly from the Common Event doesn't seem to work either; the actor just remains in limbo until I manually perform the skill that is being forced, and then battle resumes)
You must log in or register to reply here.
Share:
Facebook Twitter Reddit Pinterest Tumblr WhatsApp Email Link