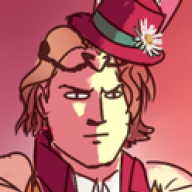 Hi, didn't want this to be my first post here, and this might be more of a Javascript question due to the potential complexity of what I'm asking, but I've been banging my head against this issue for some time now and need help.

I'm making a game where the battle system is a fairly simple 1vs1 action battle where the player can either attack/appeal/item/move.

Everything works properly, but actions take longer than expected because the game always wants to display a battle log for each action, even if that action has no message and animation. 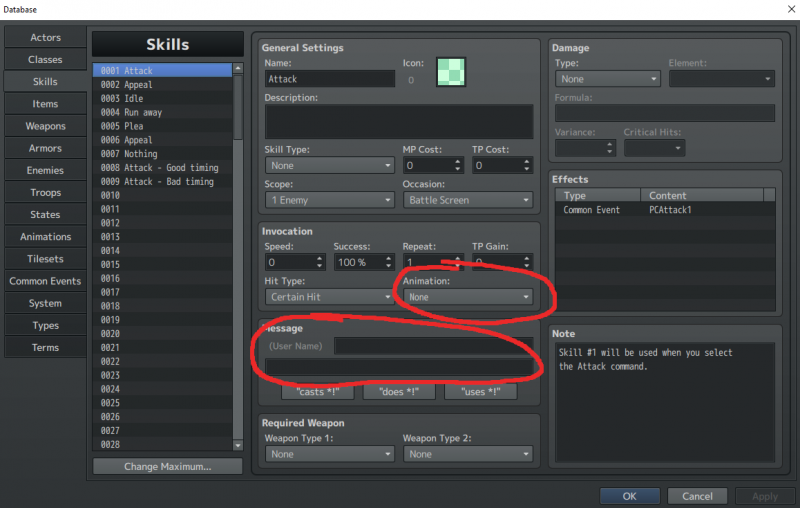 This is especially troublesome for my "attack" move, because it waits 1 second before it starts my "common event", then the minigame plays, and then there's yet another delay before the resulting "attack" move plays out.

During my game's tutorial, the minigame doesn't even initially play, so this delay become excruciatingly obvious!

In short, that's 2 seconds of pointless waiting for each "attack" that I need to remove.

I've tried using Victor Engine's SkipBattleLog plugin to fix this issue, but it actually reinstates the default "attack"'s animation(which in my game is supposed to only activate a minigame with no message or animation) when I use it, which I cannot have happening. And if I choose to "skip everything", I don't get to use battle logs period, which is also troublesome.

So I've tried making a plugin or even just a small edit to the engine myself to get this to work as I want it to, but I haven't been successful so far because I don't really know where to start, except that it probably at least involves editing the Window_BattleLog section of the game's code.

So, to reiterate, everything in my battle setup is working, I just need to remove the pointless "Battle Log" delay to moves that have blank messages to help make it faster.
Preferably, moves that do have messages should keep the delay. Only the blank ones should skip to the "result". 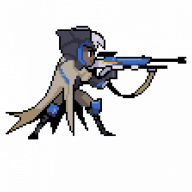 You can try this one: