Here are some examples and layouts of some cool puzzle ideas from popular games.

I thought it would be a cool idea to show some examples on some puzzles and the paths you need to take to successfully solve them.
This is an attempt to start a discussion about puzzle design and mechanics.

If you have any screen shots of puzzle paths and ideas, post them here!
Step on every square, step on this one last:

Get all objects from one room to another:

I am unclear about the purpose of this thread. 'Game Mechanics Design' is meant to be for discussing aspects of game play from a more conceptual level. A simple list does not meet that criterion.

Kes said:
I am unclear about the purpose of this thread. 'Game Mechanics Design' is meant to be for discussing aspects of game play from a more conceptual level. A simple list does not meet that criterion.
Click to expand...

The main point was to show different diagrams of puzzle layouts, and to start a discussion on different layouts and designs people have come up with, so I posted some examples of puzzles and the paths needed to solve them

That is far from clear from your opening post, so perhaps you might like to edit it and spell that out, because at the moment, it's just a list - indeed, that's what you call it.

LOL wow.. now that i scroll up I see a huge portion of what I typed is gone....
Editing :S 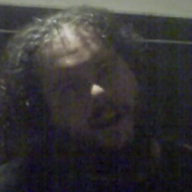 In my last game I used a puzzle I found in a list for AD&D GMs.


It's a switch in the middle of a room. Once they enter a timer starts counting down from 10. If they use the switch, the timer restarts. If they let the timer run out, the door opens. I added some dummy switches on one wall just to make things more funny... for me.
There are tons of ways to mess around with the concept. I like puzzles like this, because I always like to make the player wonder if they're playing the game, or if it's playing them.

I must admit I'm also not sure where this is going. As for the puzzles you posted, where is the difference between 2) and 3)? You say 3) is "Simple Sokoban", but 2) looks like an archetypical Sokoban puzzle to me as well. And these concepts are not exactly original, so I fear there's not a lot to discuss about...

If it's a general list of puzzle ideas you want, may I humbly suggest a look at my signature? If not, then where do you want to go?

I'm assuming the point is to show examples of puzzles, then discuss their use in games. Not just how to set them up, but when, where and why. As well as other things you can do with them, other than the obvious.

I'll give another example. Although it requires some set up to properly make sense.
My last game is the actually the third incarnation of the first game I ever made. I got MV over the Holidays in 2016 and decided to finally remake the game from the ground up, fix all the things I felt I did wrong, and generally expand and improve everything.
Before that I had started working on a sequel to the second incarnation of the game in VXA. Which I'm planning to restart and finish in MV eventually.

So, keeping in mind that the first game is a mostly straight forward comedy RPG. The sequel is going to be a horror-comedy RPG, with a lot of gallows humor.
One area, based on Slasher movies, particularly Friday the 13th, forces the player to complete several puzzles. The gimmick is that you don't have to figure them out to beat them. But if you try to do them by trial and error, or in one case just walk across the floor instead of finding the right path, you kill someone for every mistake you make.

It's not only psychological, but every death makes the boss of that area harder. Plus it'll have consequences later in the game.
You can use puzzles to get into people's heads, it doesn't just have to be about solving them.

hey, how do i do the skull dungeon one?

Oh man I love the Skull Dungeon one. I Remember getting oracle of Ages for my birthday and I felt sooo smart finally solving that one. A great example of challenging puzzles that are still fun.


CarterAjamie said:
hey, how do i do the skull dungeon one?
Click to expand...

You could make an event that changes graphics when the player touches it. I am a bit unsure about how to do the mechanics behind it, though...

I used the Skull Dungeon one in my first game. It's a little tedious to set up--can't remember the specifics now but it involved lots and lots and lots of switches, at least one for every tile walked on, a variable to track the total number of tiles stepped on, and so on.

Another fun puzzle example is the button-pressing one from Mario RPG. I used this one in my first game as well: 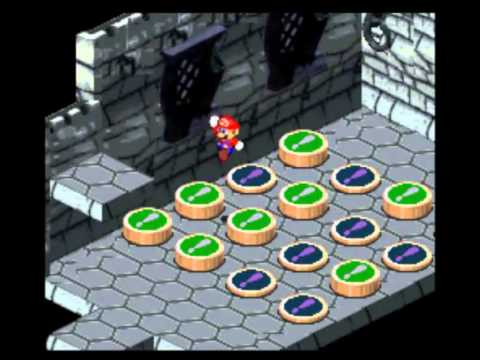 Basically when you step on a button, every adjacent button alternates between activating/deactivating.