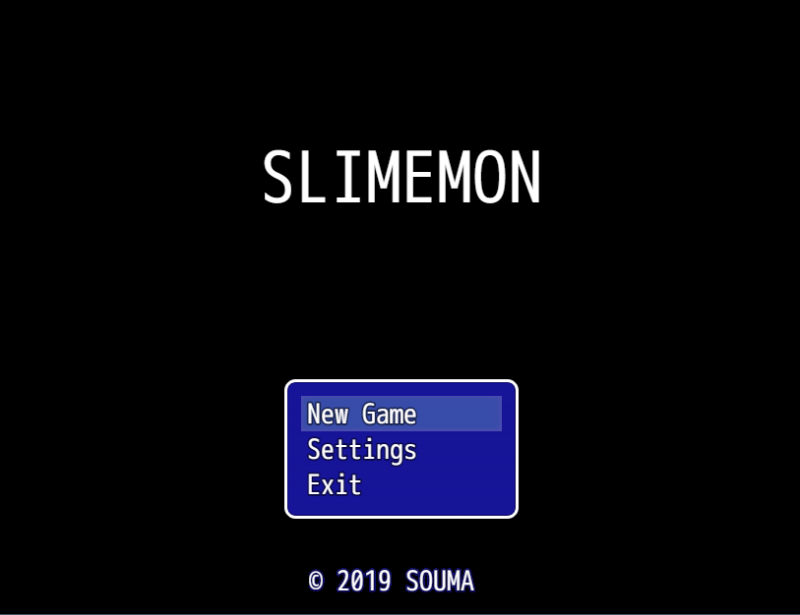 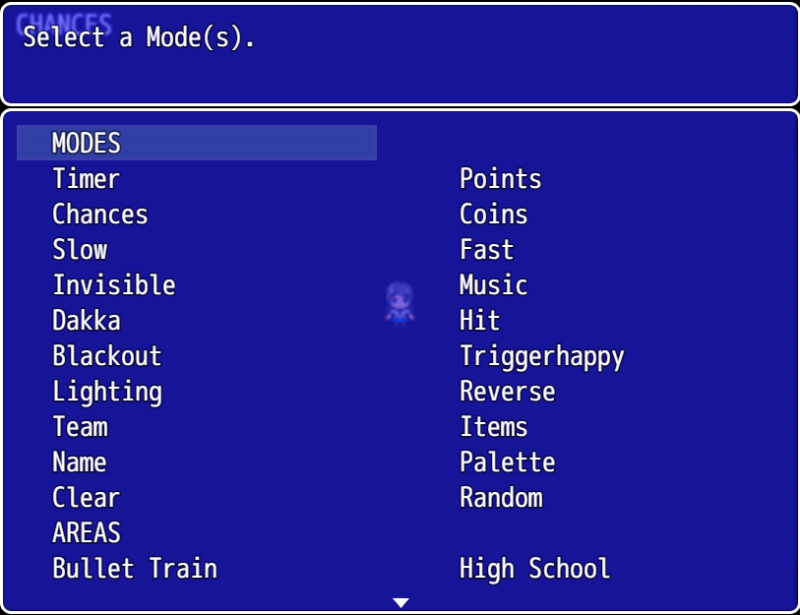 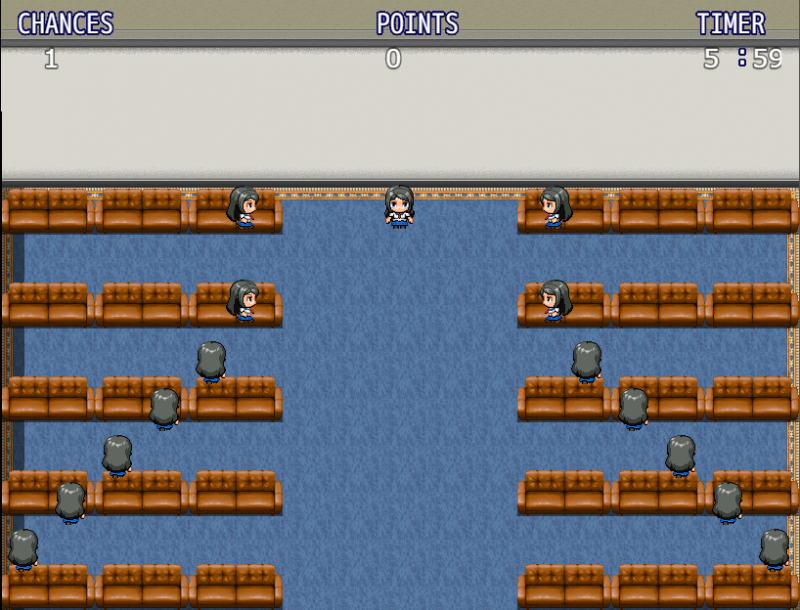 Slimemon is a RMMV action game about a species of evil slimes (originally called slime monsters - hence the game's name - but I thought the character name was too long, so I shortened it)! They've been traveling from solar system to solar system in our galaxy, enslaving every other species and selling them on the black market. Only one planet remains: our Earth. You can either save Earth by playing the hero story or join the slimes by playing the evil story. I miss when games let you choose to be the hero or the villain.

If you choose to save Earth, you'll be playing as Matsuri, a Japanese high school student. She's captured a slime, experimented on it to find its weakness, and, accordingly, made a gun that can shoot stars that capture the slimes and gone on a mission to capture every slime before they can enslave humanity. I chose Japan and scholastic characters because I miss when games had goofy human characters.

If you choose to join the slimes, you'll be playing as Kanamara, a slime. Kanamara's mission is the same as his species, and he's assigned to enslaving Japan. Slimes enslave people via mind control, and mind control people via spitting slimeballs at them.

Depending on the side you choose, you'll get a different ending. But whichever side you choose, there's a lot of ways to tailor the game to your preferences. Firstly, you get to choose your name. This is actually because there are some modes that refer to the player character, but I didn't want them to say "player character," so I let the player choose the character's name. There are also many modes to choose from, and many locations to try out. I added the modes because the newest Smash Bros. game lacks the modes that Melee had that I miss, and other retro games' mechanics that I miss from modern games too. Go to each location and fulfill your mission to complete the game. Modes aren't required for completing the game.

Whatever details about the game's world or characters are not in the game I want left up to your imagination. Lastly, this game is based on three previous games I was making but stopped because I wanted to combine them: a game about an office lady who must shoot her way up the chain of command to become the company's CEO (said OL was originally the heroine of Slimemon, but her character design clashed with the other characters), a game about a slime kingdom, and a game parodying anime.

I'm looking for ideas for items and for new locations, characters, and modes. The game is repetitive and simplistic right now, so I want to expand upon it, but not sure in which direction, so I'm seeking suggestions. I accept any and all help, really. I can't make art, so right now the game is pixels only with a blank title screen. I have a friend playtesting the game, but I feel like a wider audience would help me know what to add to the game next; hence why I made this thread.

Rest in Peace, Sir Clive Sinclair
1940 - 2021
Entrepreneur, Technologist, Father of the British Computing Industry, and protagonist of Legend of ZUN.

Without you, England's games and tech industry wouldn't be where it is.
40 minutes ago •••