Code:
- Script:
Nahh, get them from the demo!
I separated the script into multiple scripts due to the sheer amount of lines it would be in one single script.

- Demo:
Yes, for the first time, there is a demo, but not a separate script download!
I know I will regret this sooner or later (uploading 2+ MB is not an easy task for my connection! >.>), but here we go:
Linky: http://www.mediafire.com/download/2pp6at0hbx30xi0/SME+-+Sixth+Menu+Engine+v1.2.rar
The demo contains the required script (my Picture Number Drawing)! 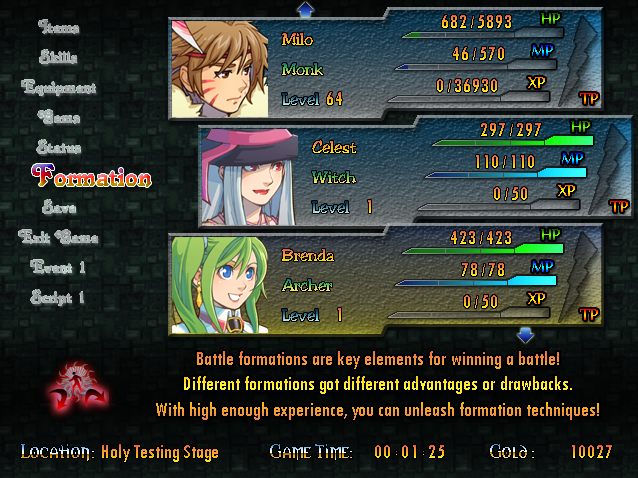 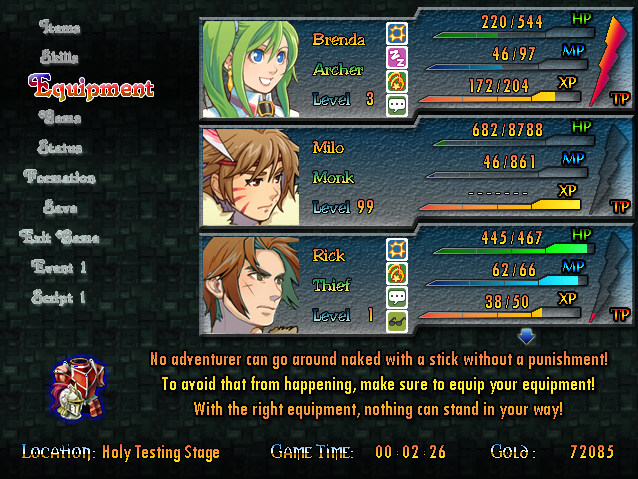 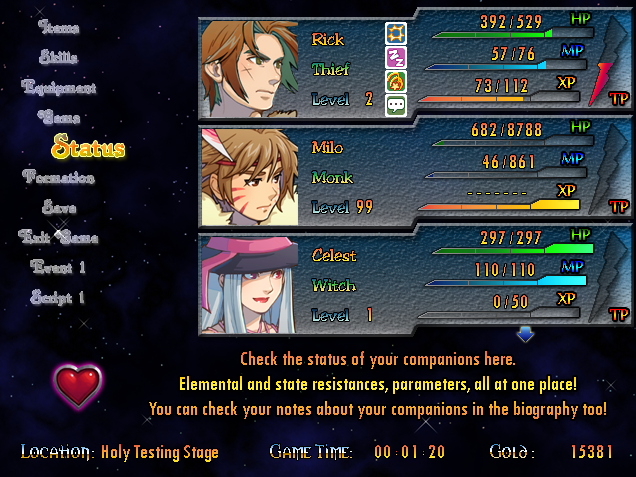 - Author's Notes:
This is the first part of my menu engine, but not the last, I hope. It contains a complete rework for the main menu.
This menu engine is fully image based, so you will need to make HUD graphics and other visual elements yourself!
The demo mostly uses my own images which I made myself, but there are some exceptions, and those are:
- One face graphic is taken from the ReStaff April 2015 pack (named 'no1') to demonstrate the custom menu image feature. That is made by Candacis, all credits for that goes to her and for Enterbrain (according to the ToS for it, I should credit the latter too)!
- One background image is taken from Moghunter's Monotagari Menu Engine (named 'Background'). Credit for that goes to Moghunter and Closet!
- Another background image is taken from the RTP (named 'StarlitSky'). Credit for that goes to Enterbrain (I guess, thou I must admit, I did not check that one, sorry)!
- The images used for the help descriptions (the icon like images, not the text images!) are mostly (not all of them) made by Ravenmore originally! I just added some effects and made some animation frames for them! Some images are from other authors, but they did not include any kind of identification in their download pack, so unfortunately, I can't credit them, because I forgot from where I got them (was a long time ago), sorry!
You can use my images if you want, but make sure to check the ToS for the above mentioned images before you use them!

Requests for features are welcome!

I plan to add animated gauges next (nothing fancy, just plain picture animation, no gradual filling or anything), and I plan to rewrite the scrolling code for the member selection. I did not test the horizontal scrolling version much, so if there are any bugs, let me know!

Please read the descriptions of the settings before you ask a question! I know it's a lot to read, but it has to be done regardless!

And do note: This is NOT a plug-and-play engine! You will need to make your own images (unless you want to use my sample images), you will need to place those images into the folders you have set up for them AND you will need to set up every visual detail for the scene in the module settings yourself (unless you want to use the sample layout I made)! Failing to do any of the above or doing it incorrectly will most probably lead to a big crash of your game, so double check your settings and images! 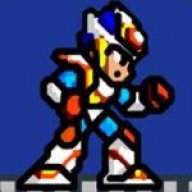 Awesome script Sixth! I feel like I could really do a lot with this.

As as side note, I love how everything is organized into folders.

Updated the engine to v1.1!

I figured it would be cool to do something like this: 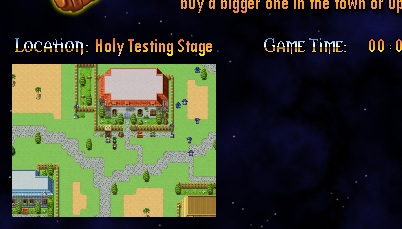 So, you can show the current map screenshot (the default background) anywhere in any size, and use it for your location info as a mini-picture for the area.

Of course, it is optional, and got enter/exit animations, just like the rest of the images.