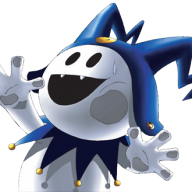 So, I'm looking for a character fusion system, similar to the Shin Megami Tensei series.

The fusion menu should be accessible through an event. There are two basic kinds of fusion:

1) Normal Fusion: The game gives you a list of your characters (not counting the lead character.) You select two of them. Those two fuse to become a completely new character.

Inheriting Skills:
Before you go through with the fusion, the game lists each of the original characters' skills. You can select 2 to pass down to the newly made character. Some skills cannot be passed down.

Level Ceiling:
Characters fused cannot exceed the protagonist's level. The protagonist is defined as the first actor in the party. As such he cannot be fused.

Fusion Accident:
Sometimes, when two characters are fused, there is a chance of a fusion accident. When this occurs, the character made is different from the one specified in the script. This new character is chosen randomly from a pool of possible options, but cannot exceed the protagonist's level.

Ok, listen up. I only know what to do for 2 out of 5 things you're asking for.
The way to make a fusion system without using a excessive amount of scripts and plugins.

I recommend doing the Persona 1 Fusing card system, after you convince a demon to help you, they won't join you. Instead they will give you a fusion card of the demon you just negotiated, this would mean that you have to make a fusion card of every single demon you put in your game.

Once you have 2 cards then now this is where you add into your game the "Yanfly's Item Synthesis" is basically a crafting system and since the cards you want to fuse are items you can combine them to create a new and powerful card. Check the plugin's instructions to learn how to add the recipes to create new items.
After crafting a demon card you will trigger a cinematic where your character changes their class aka demon it's using before the fusion, and at the end of the cinematic the new demon as a new class will replace the older class or demon replacing your older skills with the new skills from the fused demon

If you want to have the demon become your teammate then you can add a event where if you have the new card you add the new ally to your party. You can do the same with the cards you just used to make the new demon

It will be time consuming but it will be worth it

EDIT: No wait I also know what to do about the level ceiling: It's easy actually you can do a conditional branch and it would be like "If (The player) has level < than (Item) show message "Level to low to control it")
Last edited: Feb 23, 2020
You must log in or register to reply here.
Share:
Facebook Twitter Reddit Pinterest Tumblr WhatsApp Email Link