So is MV worth using now?

@ChampX : I should probably clarify. The game itself was in C (C++ was out, but I had just the old C version of a complier as that was what the school had), but it used ASCII graphics. But, on the bright side, at least it ran on any computer I could find, as it didn't require much in the way of graphics!

And yeah, when I was in high school, RPGMaker didn't even exist in the states. Though we did have a couple game making engines, there was one that was released as Shareware that would let you make Ultima I - III clones, and you were supposed to register it before you released any game with it (due to the nag windows it would add to your game), and we eventually got access to the Gold Box engine when SSI was done with it and decided to release it publically in 1993 to anyone who wanted it (it was called Unlimited Adventures when they did it, but it was really just the Gold Box engine bundled up and put on the shelves for anyone to buy at the local software store). But that was about it unless you decided to code it yourself. 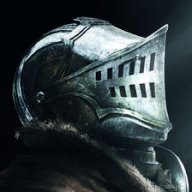 all jokes aside unity is great and powerful but i compare it to a sports car. a sports car can go nearly 200 mph but what if you're only driving to work and back? that extra power wouldn't be much use to you. similarly if you want to make a 2d game but unity is capable of 3d, you don't need those features. as with all tools, they aren't the best in every situation.

if rpg maker can do 2d and you need 2d then unless theres another requirement you need that rpg maker cant do you'd be wasting time trying to code excessive stuff in unity when some dude using rpg maker can do the same amount of work that you did but twice as fast. if you need some really custom stuff that goes far outside rpg maker then even if you can code it in rpg maker you'd be better off with unity.

it all depends on what you need and which tool will help you get it done most efficiently.
Last edited: Aug 26, 2017

I meant write in ASCII as in designing a workable interface with ASCII. Even today that would be a pain and the output probably wouldn't look the same on all machines you ran it on if you used justifies and padded outputs for particular displays, regardless of the language used. Also Ultima clones and Gold Box engine, while I have heard of them, they are before my time of learning game development so I can't really say much. Interesting history though.

Don't forget the legwork provided by an engine such as RPG Maker already means you have workable and tested code that you do not need to dedicate QA time for. Talking to NPCs and checking proper collisions doesn't need testing as the RM devs have already done that for you. If you have collision errors on your maps in an RM game, unless you modified JavaScript (or Ruby in older ones) where collision is handled, you then know your issue is within the editor's map and being able to isolate bugs like that is always a plus in my book. Of course other engines, such as Unity, will provide the same comfort for more core engine related aspects (like rendering) that you don't get in the pure DYI method with C++ or dare I say, Assembly! If you as the developer wrote it, you and someone acting as QA need to test it thoroughly, otherwise another skilled professional has already done that for you (usually and you hope so!).

Go Unity only if you're really a good coder because you will have to code everything even your own dialog box. For example, Cosmic Star heroine (on Steam) was made on Unity for portability sake mostly (consoles) but the dev did said that they wasted a lot of effort and ressources because of that.
You must log in or register to reply here.
Share:
Facebook Twitter Reddit Pinterest Tumblr WhatsApp Email Link