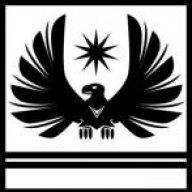 I'm part of a very small development team. The commercial project we're working on at current primarily uses RPG Maker MV. The final product will likely use RPG Maker MV once it is released for sale.

Could anyone please help clarify what assets we are allowed and/or not allowed to use from each RPG Maker edition, and include in our final project? (RTP, sound, visuals, animations, tilesets, etc.).
Thanks!

This is almost like an exam question for me lol.

Okay let me try to get through it. Here's the rules we are working with:
So let's analyze the two rules and interpret them. First of all, the first rules states that the requirement to use the assets from an RPG Maker engine is to legally own the engine. There's a difference between legal ownership and physical (or virtual in this instance) ownership. In other words, you could own legally an object but not own it physically, or vice-versa (example: someone who takes possession of a lost item before the prescription delay). With RPG Maker Engine, legal ownership means having paid for the engine and having the rights to use the engine and its assets. That right has no time limit, and as long as you have paid for the engine, you own the license for life. So even if you lost the access to the engine, you are still the legal owner of its license and therefore can still use its assets (this is for Person C).

Ownership of the project is another concept which needs clarifications. First of all what's an entity? Well it could be for example a corporation (in this example, the corporation would be the one who needs to own the 4 engines, and the people working for the corporation on the project wouldn't need to own the engines). Now if it's a personal company, or a personal association, or partnership (naming varies depending on countries, but it's essentially when people act directly as the owner rather than a abstract entity like a corporation) that owns the project, every one that is part of the association or is a owner of the personal company must own the 4 engines. In the case scenario, there's no abstract entity that acts as the owner, therefore all the owners act in solidarity and are all responsible of the company's obligations.

To add a layer of complexity, there's a difference between a person part of a partnership and external contractors. External contractors are only responsible of the obligations coming from the contract they have with the partnership, and they are in no way responsible of the actions and obligations of the partnerships. So in the case of external contractors, they need to themselves own the Engines from which they use assets, regardless of the status of the partnership. However, the assets from RPG Maker have an additional restriction: the owner of the project they are used in must own the engine from which they are from. So this leaves 2 scenarios, well 3 if you count the one where everyone owns all engines, but let's leave that scenario aside:
Also, the case of employees is pretty simple, they don't need to own the engines if they work for the corporation/partnership on a project.

TLDR: It all depends on all the relationships between every person with the project. Are you all in a partnership? Is it a corporation? Is it one owner with some contractors? Or are they employees? The answer to your question changes depending on the nature of the relationships.

Source: law student, third year. And bonus: I'm a law student from the province of Quebec Canada, so everything I said applies 100% to your situation.

lol - I was going to say that sounds like a lawyer

You say person C used to have XP and VX. Does that mean the owned those engines legally? In any case, if someone needs to work with the engine to contribute to your project, then they need to legally own that engine. So if your game is made with MV, person C could not contribute anything that requires them to work in the engine (database, maps, events).

However, if someone is contributing in a way that doesn't require them to use the engine (for example, they are creating art or music), then they don't need to own the engine.

The person who releases the game needs to own all engines used to make the game - so if you are using MV to build it, but including assets from Ace and XP, then that person needs to own all 3 engines. If the game is being released by multiple people, then all would need to meet that requirement.