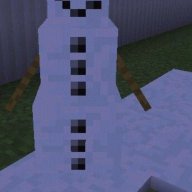 First is an apology if I'm not clear with my problem because English isn't my mother tongue.

So what am I trying to do here is to let players name their own character, but some names aren't allowed because they overlap with NPCs. Then, I want the name input prompt to be looped if players keep entering the same name/other names that aren't allowed.

So I did this:

However, no matter what kind of name I input, I kept getting stuck in the loop. I searched and found that I should be putting the things that will break the loop in the If, not Else. If I want to follow that, that means the $gameActors script must be set to detect that the names inputted aren't forbidden names, and I don't know how to do it. In the first place, I'm not sure whether I did the $gameActors part right on the screenshot.

Any help with my problem? Thanks in advance. 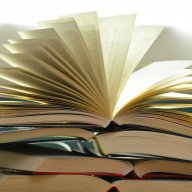 Well, it looks like your "if" check isn't actually checking the name that the player inputs.
Instead, it is checking the same $gameActors.actor(1).name every single time.

Try making it check for the variable that you are storing the name that the player inputs.
From your code, it looks like it should be $gameVariables.value(1)
Last edited: Aug 6, 2021

actually that part is correct @autodidact if you read what he wants to do.
The problem is because a comparison is always between two items, not one item and a list of items.

@applechoirs you'll have to rework the entire line, either checking for each name one after another or to check if the result is contained in the elements of an array (which is a different code, but I don't have that ready at the moment)

Hi there!
Your script to check the value will not work like that, using a comma between each name. You have either do that:

JavaScript:
The "||" Operator means:
The actor name 1 is equal to alex OR Bob OR cherry...

If I was you, I will just create an array with every actor name on it and put that array into a variable(Before the loop). Put that script command on a script call:


JavaScript:
Then put this script on the conditional branch:

"Includes" Is an array method to check if already exist an element in the array. In this case, we are checking if the actor name is on the array. If yes, this means that one party member already has this name.

Eliaquim said:
Then put this script on the conditional branch:

"Includes" Is an array method to check if already exist an element in the array. In this case, we are checking if the actor name is on the array. If yes, this means that one party member already has this name.
Click to expand...

Just in case you (@applechoirs) don't want to compare the name with existing actor names (you did mention you wanted to avoid overlap with NPC names):

Thanks @autodidact @Andar @Eliaquim @Nolonar for the help! Everything works perfectly now!