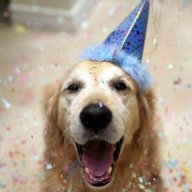 Hello
First of all, sorry for broken english, I'll try to make as less gramatical errors as possible.

I'm working on a skill, but I'm not even sure I can manage to do it with skill formulas.

I tried this formula :

I have two issues with my formula :

Multi-conditions does not seems to work, at least not written like this, as the skill does 0 damage 100% of the time.
Meaning, this, alone, does not work :

It should deal 100 damage and add state X to the enemy, right ? But it does not work, I guess I just do not know how I should write it.

What should I write in my damage formula for my skill to work as intended ?

Thanks in advance to anyone who could help in any way

EDIT 2: Yeah, of course I noticed the Thread about formulas 10 minutes after creating this one...Sorry, Maths hurt my brain.
Last edited: Jul 8, 2020

MonsieurClayton said:
Multi-conditions does not seems to work, at least not written like this, as the skill does 0 damage 100% of the time.
Meaning, this, alone, does not work :

This is correct syntax, but you have a typo there - missing an e in isStateAffected. That's why it's not working.

This might be a place where if statements are easier to understand than if expressions, though. Something like this (I've split it into multiple lines so you can see what's happening, obviously you'd need to put it all on one line for the damage formula box though):

Omg that stupid typo... I was persuaded my syntax was wrong.
Thank you very much

And thanks a lot for the more complex code, I can do way more with that !

I'm novice in Java (and simply coding), so I learn through this kind of things.

Also, not sure if just a typo in your post, but you gotta check your caps, your state was not capitalized.

This is JavaScript, not Java, for the record. They are two completely different programming languages.

Hmm I tried with both caps and without, I think. But I must have made a typo somewhere else, I guess.

I'm happy that my understanding of the syntax was correct, tho. I have to be more careful with those pesky little mistakes.

Thank you all again

Rather than using different states, if you have Buffs & States Core you could use state counters instead to just stack the one state.

Oh I didn't know you could do that.
Anyway, the result is almost the same, right ?

I also have a skill that lenghtens the duration of "Arcane Stain II", I guess that if I did what you said I could extend the duration of the skill, and keep the extended duration when stacking more...
At this point it's more of a balancing issue, but I already have a solution if I have to do that, then

Yeah, if you already have it working by no means reinvent the wheel here, just pointing out an alternative for future development reference.

There is also a HimeWorks plugin that does something similar to what you wanted - it would allow you to set it up so that applying stain I if it's already applied automatically upgrades it to stain II. I think it was called Placeholder States but I can't quite remember, there are two or three plugins that could be the one I'm thinking of.

But yeah, if you've got it working, no need to reinvent the wheel.

bgillisp
So I just spent the weekend...playing my own game. The one I released last year. Yep you heard that right.
49 minutes ago •••

Shaz
Finding it amusing that people are posting support questions in new threads for an engine that isn't even released yet. Touch and Archeia are the only ones authorised to say anything, and there's only one active thread where they'll be answering questions.
Today at 10:18 AM •••

Ossra
I think my goal for MZ ... is to actually release a game and not have twenty technical demos and debugging projects. Let's see if I can manage that. ;o
Today at 9:15 AM •••

Devildimos
I am starting to enjoy writing. I never thought I would enjoy it since my dyslexia was holding me back so much.
Thanks to the community here
For those interested chapter 2 and 3 are available to read here:

Introduction This takes place in a world of...