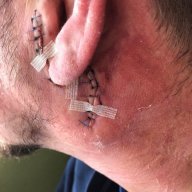 New day, new challenge. I hope that you can help

I have been using Galv's MV Message Styles plug-in- here are some excerpts from the plug-in help to give a better idea of how it works:

The main purpose of this plugin is to allow your "Show Text" message boxes to have a different style to other windows in the game. The plugin settings have a variety of visual settings you can tweak, and in addition using a text code in Show Text messages will allow you to turn that message into a floating message....

The following code MUST be put in the first line of a message to work.

In addition to the examples above, \pop[0] will "target the event [that] the Show Text command is used [in]" (I will come back to this later).

The plug-in is pretty great, except that it doesn't work with $gameMessage.add(), and can only be set through the Show Text command in the event editor.

Code:
won't work with the plug-in.

I wrote a clunky workaround that "extends" the plug-in a little bit. It consists of a Common Event:

Code:
ShowText_Intercept() "intercepts" (duh) Galv.Mstyle.checkTarget() and allows me to use \pop[vX] to inject a variable (X) into the mix (hence \pop[v17] in the common event).

Code:
This all works under normal circumstances.

The problem I run into is when I try to use $.ShowText() with dynamic events using another of Galv's plug-ins- MV Event Spawner.

Because the new events spawned also have dynamically generated event IDs, I run into problems using $.ShowText() in both of the following scenarios:

(which is equivalent to MessageStyle code \pop[0])

(which is equivalent to MV Message Styles code \pop[eventId])

In both cases, MV Message Styles ends up referring to Game_Interpreter rather than the event itself and so the Message Window appears at the bottom of the screen rather than floating by the event that called the script.

I can get the dynamically created event's ID and coordinates and store it in a variable if I put the following script call in its Autonomous Movement / Custom Movement Route commands list:

But my problem now is, how do I access this information from the spawned event's Event Contents list so that I can then use it in Galv.Mstyles_Extended.ShowText()?

I can't just do something like changing the Custom Movement Route script call to:

Code:
because these commands are being called by spawned events that often have multiple instances on a map, so using a static variable would cause an overlap and then confusion in the execution of the function.

Does anybody know of a way that I would be able to solve this problem?

I am sorry for the lengthy explanation but I thought it might be helpful to present all parts to perhaps aid in coming up with a solution.

Thank you in advance for taking the time to help!

Since these message boxes appear when the player is speaking to an event, it means that the player will be standing next to the event when the action occurs.

With this information, I wrote the following function and added it to my plug-in: