Hello, my own game if ever finished will contain no world map, because I don't really like it.
For this it needs some kind of fast travel system, so I wrote a plugin for this which is almost finished.
I only have quite a big issue, that I couldn't solve because I am inexperienced.
I wanted to create a new Scene consisting of 3 windows:
- 1 simple message window at the top displaying just a question.
- 1 command window at the right which displayes all previously visisted maps markes as traveling points via notetags.
- 1 big data window at the left which should display a miniature version of the map with a description below.

The 3rd window is what I couldn't do myself. That is why I commented the code around the new Scene.
I tried to use the maps tileset and the Spriteset Class to draw the map, but this seems to be wrong???
Maybe instead of using the windows tileset and data, saving the map as an image and scaling it down and displaying
the image in the window would be sufficient??
Could someone please help me?
Is there maybe already a plugin for fast traveling I could use instead?

Basically what I want is having a minimap being displayed in the area I sorounded with a red pencil in the screenshot below. 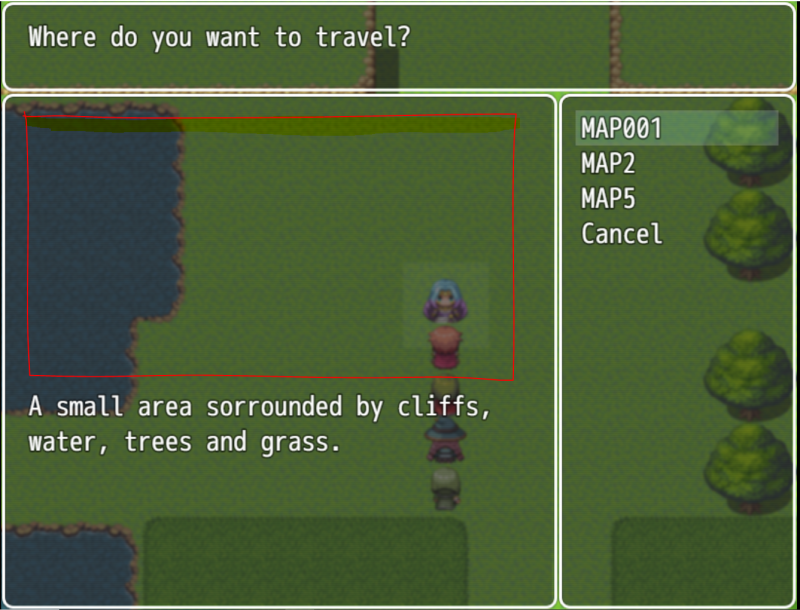 I also changed my plugin a little, so that $gameTravelInfo only contains the maps marked as traveling points, not all maps of the game.

So would you please help me?

I do not need help anymore. I finished it to a point I am satisfied with.
I also realized, that there already exists a fast travel plugin, that is way better then mine.
But for my game, I go with mine.

I decided just to save the maps as images and load and display them on the screen.

Here is what it looks like with one of Yanflys Window Skins installed and one of the RPG Maker MVs default Maps: 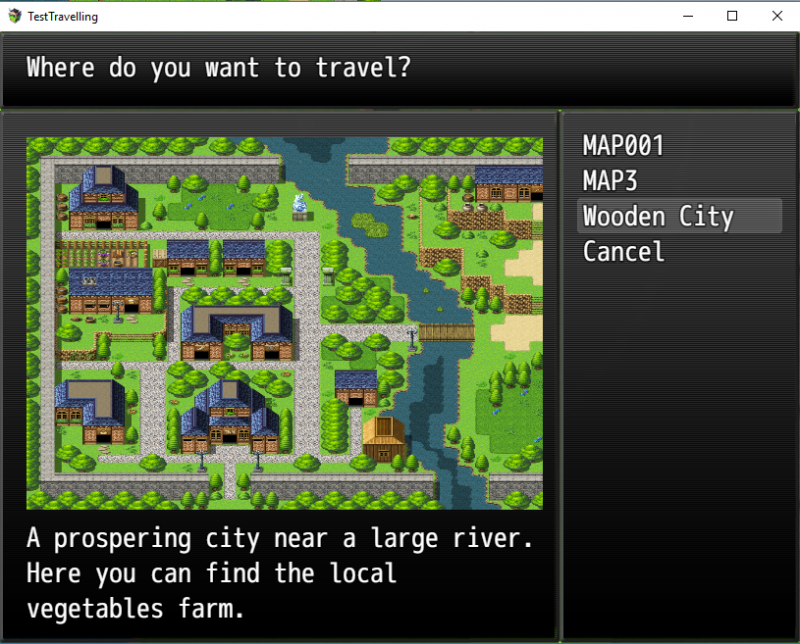 BurningOrca, please avoid double posting, as it is against the forum rules. You can use the "Edit" function on your posts to add additional information you've forgotten or respond to multiple people. You can review our forum rules here. Thank you.


I merged your last two posts together, as there were only five minutes apart. Please note you can add to your last post, using the 'Edit' button.

m03271996
Last week I was resting and working mainly on the game!
The current progress of the character.

Puffer
I found a huge spider in my house but it has disappeared and now I'm living in fear and paranoia
Today at 2:13 PM •••

ImaginaryVillain
It's funny, the only reason I haven't actually released a prototype or demo is not that I don't have one. Hahahahahaha I do, I've had a prototype for months. I'm really just concerned with someone taking it, and putting it up on Steam or something first, then saying it's theirs. I should probably look into setting all that up or something... Then again, I have no ETA on the full game so not sure it's worth it yet.
Today at 1:43 PM •••