[SOLVED][RMMV] Help wanted for creating states based on remaining HP, MP, and TP 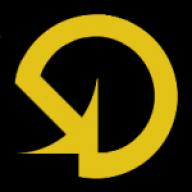 Summary: I am looking to create states that will procure when Hit Points, Magic Points, and Technical Points reach certain levels for both actors and enemies in the hope of creating a type of juggling act for players as they have to watch and maintain a balance between each. If any one of these three indicator reaches zero, the actor or enemy dies. It appears to me that this may require some plugins, and more than likely a good amount of JavaScript.

Dragonarkon said:
Thankfully I received some help from Fuguma (not sure where to find his ID number to link his name to the post), who did a fantastic job putting the code together. Fugama's page: https://forums.rpgmakerweb.com/index.php?members/fugama.38947/


And with that, I would say that this request has been completed, and the forum can be closed.
Click to expand...


It seems to me that that the death state can remain as just one state for all three stats (HP/MP/TP). I was thinking that using HimeWorks' plugin "Progressive States" ( https://forums.rpgmakerweb.com/index.php?threads/progressive-states.50970/ ) for the 'Dying' states could work by having "Bleed", "Limbo" and "Exhaustion" turn into the 'Death' state when their associate stat finally hits 0. However, it might be easier just to have some JavaScript that uses if-then statements and set them up as follows:

In addition to everything else, I run into one particular issue: TP. I want TP to act more like MP, or in other words, a stamina bar. I added Yanfly's "Enhanced TP" (http://yanfly.moe/2016/01/08/yep-55-enhanced-tp/) to help make it act more like MP, but I had some issues. By default, RMMV has TP randomly generate at the beginning of a battle, but in order for TP to act like MP I cannot have that, so I changed the settings within the plugin to generate 0 TP at the start of the battle, and I allowed for TP to be preserved, allowing any remaining points to carry over once the battle is done. Then I noticed that 1) a new game will result in the actors having 0 TP to begin with and 2) enemies have 0 TP at the beginning of battle's. If I am to have a death state for having 0 TP, this creates a serious issue that would either mean an instant game over upon starting a new game, and if actors had any TP, enemies would instantly die once a battle starts.

Is there a way to change the starting TP so that it starts off at max, just like MP?

In my attempt to create something like what I outlined above, I tried to use some plugins from Yanfly and Hime, and then add in what I needed through "Lunatic Mode" or JavaScript.

Before I had a clearer picture of what I wanted to do with states, I worked to create a constant state of MP Regeneration for actors and enemies. I tried to accomplish this through the use of Yanfly's "Auto Passive States" plugin ( http://yanfly.moe/2015/10/17/yep-13-auto-passive-states/ ). I created a state, added a trait of 10% MP regeneration. I don't think it worked, so I removed the trait. I then added Yanfly's "Buff States Core" plugin ( http://yanfly.moe/2015/12/25/yep-50-buffs-states-core/ ), and the following in the notes:

This seemed to work, so I moved on to add another death state (one apart from the default "knockout") that would become applicable once the user's MP became 0. I copied the 'Knockout' state, then made it removable after 3 turns, added it to the auto passive states, and I added the following in the Notes so it would activate once MP became 0:

At this point I realized I needed a way to turn off regeneration once the death state kicked in, so I added Hime's plugin "Overriding states" ( https://forums.rpgmakerweb.com/index.php?threads/overriding-states.50889/ ) and put the following into the notes:

'x' was the state ID of the MP regen. However, since both states were auto passive states, this did not remove or override the regen state.

*Personal Note: I am a beginner when it comes to RMMV, Javascript and forums, but I am willing to learn. So if I make a mistake kindly let me know so I can do something to change it. Also, I ask that, if you give me advice, you take simple steps in explaining what I should do.

From what I can tell, the community here is amazing, and I hope to become a part of it.
Last edited: Apr 7, 2017

[move]Plugin Request[/move]
Yes, it will require plugins - and I think there are some out there that already can do that, you need plugins to make states conditional and automatic/passive).

Andar said:
[move]Plugin Request[/move]
Yes, it will require plugins - and I think there are some out there that already can do that, you need plugins to make states conditional and automatic/passive).
Click to expand...

Thank you for moving it to the correct forum. Hopefully, I can get some help finding the correct plugins, and setting up the conditional formats. 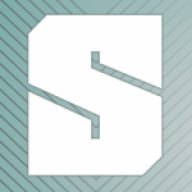 You can do this with Yanflys Buffs & States core, Battle Engine Core and Auto Passive States.
Finding out the right code shouldn't be too hard, but time intensive, so I just wanted to point out how it could be done

Silverskin said:
You can do this with Yanflys Buffs & States core, Battle Engine Core and Auto Passive States.
Finding out the right code shouldn't be too hard, but time intensive, so I just wanted to point out how it could be done
Click to expand...

I have a little closer at the Plugins that you mentioned. I have these installed and I have played around with them a little bit.

It seems that the Buff & States core has some notetags that might help, called 'Custom Timing Effects'.

As I understand, this should make the state check at the end of the regeneration phase of each turn check the target's HP, and if it is at 100% it should stay active, and if it is less than 100%, then it will turn the state off, or just do nothing.

I then added the trait 10% HP regenerate just to see if it was actively working when applied. I also added it to Auto Passive State for Actors. Upon starting a new game, the state could be seen as applied. I entered a battle, and had one actor take some damage and another not take damage. Both kept the state active, and healed 10% of Max HP.

Personally, I don't like complicating things and I never use the condition command.
I'd recommend just inserting the regeneration code into the hp == mhp condition and leave the hp != mhp conditio blank, maybe that helps...

Thankfully I received some help from Fuguma (not sure where to find his ID number to link his name to the post), who did a fantastic job putting the code together. Fugama's page: https://forums.rpgmakerweb.com/index.php?members/fugama.38947/

NinjaChicle
I am currently looking at a screen. Such a joyful occasion!
5 minutes ago •••