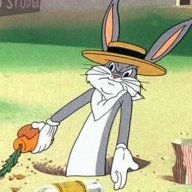 I want to create an event that will make a car rush past every time the protagonist tries to step on the street (see attached picture).

The issue here is not making an event that will activate once, but having it repeat over and over as necessary.

Ideally this is what would happen:

Having a function that resets the event's position to where it was originally placed would be perfect, but I can't seem to find such a feature.

I thought going around this problem simply by having the car event move quickly (invisibly) to where it originally was while stalling the player with an sweat drop bubble reaction, but it's not enough time (the attached image is cropped, not showing the full length of the map).

Triggering the car event before it has time to return to it's original placement would break it.

Apologies if this type of question was asked elsewhere in this forum.
I tried searching for similar problems, but nothing came up...

There's an event command on tab 2 that is to set the event's location. Have you tried using that after setting the event's move route to make it go by?

...and it works!
I totally did not see that there.

Finnuval
"sorry it took me so long to respond" - can we please agree not to say that anymore unless it actually took a long time?! (Like 36hrs at least) I mean, I'm running out of funny responses here xD
5 minutes ago •••