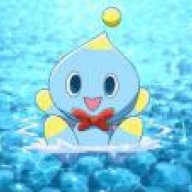 Hello. I am developing a cutscene for my game in RMMV, and I think that having this simple script could not only make the cutscene 10x better, but it would also be useful in other areas of the game.


Essentially, it would allow me to (if I was using VX Ace) play a BGS emitting from an event that gets louder depending on how close the player is relative to it. The volume is based on the distance between the player and the event. This is useful for approaching rivers, NPCs, lava, fire... etc.


The syntax for what the script user could be something similar to that old one's... a command, accompanied by variables for:


1. how loud the BGS is when the player is directly on top of the sound-emitting event;


3. the range of how far away from the event the player has to be to hear the BGS.


I imagine this simple formula would account for the range vs volume:


and I think there would have to be some rounding, as RMMV probably doesn't accept decimals or anything that isn't an interval of 5 as the volume of the BGS.


Excuse my bad photo-editing skills, but here's a diagram.


edit: this has been discontinued (I assume), seems to only work with .m4a, and makes my BGM sound like it desperately needs to be rescued.
Last edited by a moderator: Jan 5, 2017

Bump... I still need this and it would be extremely helpful for ambient effects...

Dungeonmind
When you have your friend over and you try to have a good time and let him try your game but he legit finds 10+ bugs that you now have to add to your already big workload for the day lol.
55 minutes ago •••