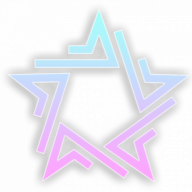 Eyo guys, can someone help me find the removed folder? I read that it was in Resource Pack, I tried to search the internet but I didn't find it, does anyone know where I can find it?

From the pinned FAQ thread in this forum where you posted:

Tommy Gun said:
I can't find the special folder of resources in the Base Resource file! Where is it and what is in it?
This folder was part of the original Base Resources, but was removed from the BaseResource.zip shortly after it could be downloaded, because of some concerns people had over some of the art (lots of cleavage, a girl in a bikini eating a popsicle, that sort of thing) not being suitable for all ages (this was also a legal issue involving game ratings). However, it also contained a lot of other art, such as mechs, horror enemies, samurai, and so on. The Staff has said that they will make the special folder available for download for those who want it at some point in the future.
Click to expand...

As far as I know, that "some point" never happened.

there wasno general availability, but the resources have been given out on request.
last time was only a few month ago by @Touchfuzzy if I remember correctly.

TheoAllen
No one:
Steam game achievement: "Die 100 times in easy mode".
14 minutes ago •••
CyrusBCastle
I want to learn Javascript to create a custom menu, but I don't really know where to start.
Today at 2:12 PM •••