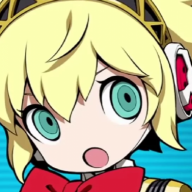 Now this may sound like an odd idea but let me explain, if you've played the Danganronpa games or any Ace Attorney game then I'm sure you're aware of this concept, but basically the player would be prompted into viewing a picture that they can interact with by moving a cursor over the image. Depending on what portion of the picture they end up interacting with they could end up triggering special dialogue or some other event, I think you get the gist of it if you were unfamiliar before. Forgive me if there's already a script like this out there, however I have not been able to find one. If anybody knows something similar to this then please let me know.
You must log in or register to reply here.
Share:
Facebook Twitter Reddit Pinterest Tumblr WhatsApp Email Link