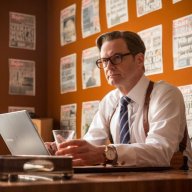 I'm a new contributor, long time lurker, and have been using various editions of RPG Maker since the 90s. Mostly for my own entertainment, I haven't really released anything publicly!

I had been using a plugin in MV to bring in graphics from a standard walk sprite as an SV battler. This is very useful since many resource packs don't provide SV battlers out-of-box and many of us don't have a budget for many custom commissions! Unfortunately, that plugin stopped working and it doesn't look like it's being remade for MZ, so I decided to put together this tool to help.

The functionality for SV battler sprites works fine in MZ, so I thought a new plugin could be overkill when I really just needed the sprite sheet to be adjusted for it to work. And rather than spending hours reformatting every single character for my project, it seemed simple enough to put into a script that could be run instead.

TL;DR Here is a tool that will take your character walk sheets and create SV Battler sheets based on them!

The standard and victory poses do use the walk animation, so it will appear they are stepping in place.

I know this isn't what everybody is looking for, but thought I would share for any like-minded people who have been looking for something like this! It's nice to be able to pick out assets without worrying about SV battlers and all other kinds of graphics.

If anybody has any constructive feedback or finds issues using the tool, please post here or send me a DM.

Ami
What do you think about the Wood Bridge inside of Volcano?
Yesterday at 6:22 PM •••

Conflictx3
Yet another gaming question, i'm currently playing Last of Us 2 and want to get another game to play next but can't decide between Ghost of Tsushima, Miles Morales & Jedi Fallen Order. After the latest mandalorian i AM on a star wars kick, but i also LOVED the last spiderman game that prequels Miles Morales. Ghost of Tsushima is the bottom of my list but i heard it was AWESOME. Just want a good story & fun gameplay.
Yesterday at 2:34 PM •••