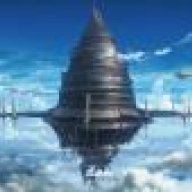 Allright, I am making many sprites for one character. i have a few questions here. this is what i want - when you switch jobs(classes) the sprite of your character switches. lets say there are 4 jobs and 4 characters. when i switch a characters job it switches its sprite so it looks more fit for the chosen job.

1. whats the easiest way to do this while still maintaining the level of the character?

2. when you switch jobs does it change your level back to 1?

3. do you believe this is a good idea? 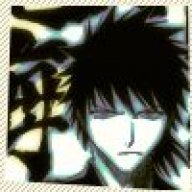 For Yanfly's script, idk how because if you change it it would probably break unless you get some kinda professional in.

But, if you've just made a common event, then you can just go onto 'Set Move Route; Player, Graphic' then just change the graphic of the char. Hope this helped..!

no i am not using yanfly's script. and i did not know u could change the sprite with set move route. thanks that did help

Well, you could do it a bit easier by just going to page three of the event commands and choosing "Change Actor Graphic".  That's how I managed to change the graphic for my customized starting character in a tutorial project I put up.

EDIT: OH!  As for your other questions, I have another project I'm kinda doing the change of class and keeping the level the same.  I'm doing it MMO-style.  It's pretty easy:

Right before changing classes, set up a variable to hold your characters current level, have the NPC change their class (since it will take you to level 1) and then have your level be brought back to whatever is in the variable.  This way, it'll all be done without the players knowledge.  Also make sure to heal the players HP & MP.
Last edited by a moderator: Aug 6, 2013

well which would be easier with around 30 classes to choose from? 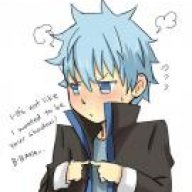 This would easily be achieved in terms of eventing, it does not need any special script or whatsoever. If you make the conditions right and then have the command "Change Actor Graphic" to it, this would be achieved.

well the only problem is that i litterally have 15+ jobs for each character.

I modified my post about character class changing.  I did this on another project I had started in Lite and it worked very well, however I can't really post it since it's a LOT of work.  Well, the way mine is set up it's a lot of work because I'm having 5 characters with two class changes from their primary (MMO-style) and all handled on the same NPC.

A little elbow grease can take you far, though.  Mostly just set up variables that get called to record the player's current level before the class change and then have the character's level changed back after the class has been changed, and heal.

Script.  Only real way for that is with sub-class scripts, but it doesn't change character graphics.  You'd have to have a script made for that, or have Yanfly's modified to do that (most mentioned script).
Last edited by a moderator: Aug 6, 2013


This script will automatically update the actor sprite based on the actor's current class.
Last edited by a moderator: Apr 18, 2015

awesome thanks do you know anything about the compatibility with tankentai?

I don't know, but the script doesn't change much so it should be compatible.

also how do i make something that i can change classes anytime whenever i want. im guessing it will involve a script so any ideas?

You can have an item that calls a common event that will allow you to choose a new class to change to.


You'll have to figure out who the item will be used on though.
Last edited by a moderator: Aug 6, 2013

Jrrkein
A beloved family member passed away due to complication to combat COVID and diabetes. Rest in peace Grandma.
53 minutes ago •••