Not that much than a year ago I posted a topic with SRD's Hud Maker TextEx problem, meaning when I click in editor to add TextEx nothing happened and no one knew how to help me. I put aside that problem and I focused on more important matters in my project, but I decided to dig up problem and find solution. I disabled all plugins I have in use to find what is causing problem disallowing me to add TextEx to HUD. I found plugins causing this problem, they are:
- YEP_ExtMessPack1.js
- YEP_ExtMessPack2.js
- RS_MessageAlign.js

I added TextEx by force, editing MapHUD.json manualy ( I know very well how JSON syntax works and what params are for TextEx, so I did not make any syntax errors in JSON file, because turning off these plugins started game flawlessly and TextEx is shown on screen.) and here are the results for Yanfly's plugins

Because in scale 1 - 10 as JS programmer I'm 3 I'm asking for any kind of help, patch, assistance. Thank you.

just incase that info might be helpfull,..
..are you sure about the RS_MessageAlign.js?

i got that plugin activated in my older "srpg extension demo".. (its placed somewhere above the hudmaker)

And i was using the hudmaker without any problems in that project hudmaker usage screenshoot
(i did not use or test the yep plugins which are mentioned, but all other yep plugins which i use are always above everything else like its recommended)

thats strange.. idk why it works in my project but not in yours..

while working on a new plugin i made some tryal and error mistakes..
..and one really weard one was causing errors to several plugins,while it did not even mentioning the trigger plugin on which i was working. I had to delete several part of code step by step till i tracked the bug down.

However could it be that you made any edits or scripting on another plugin or scripting eventing, that could be related?
- mostly when that edit does affect or replace any "default script" from another plugin..
(or else i got no ideas left on that)

I usually don't edit plugins made by other people, because they're too complex for me to find what I need it and JS is not my fairy tale. So I don't touch them. I can confirm with absolute sure I have unedited yanfly's plugins - I have downloaded them before they became paid. Of course, I have some own written plugins by me, but they are just ... external variables containing just integers, arrays and strings. (Mostly for NPC speech lines). So... I did not wrote anything fancy like Yanfly, Victor, Galv, or MogHunter or any other more skilled plugin scripter.

windows have often a strong update chain,that was the reason on my bug..(when my script broke one updateChain,by adding a switch condition at the wrong place)
..and both error_imgs you showed look like they have to do with window and sprite update chains..
(but thats not surprising when considering that the hudmaker is made for window and sprite related stuff)

i am sorry that i cant be much help on that, my JS knowlegde is also still very limited
(i learn often by tryal&error)

Thank you again @dopan, both for current responses and a year ago. I Appreciate that much. 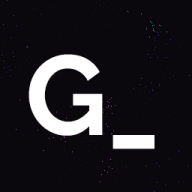 What is your plugin load order?

It might be an incompatibly, but it might plugin order. Try putting it before those other plugins. You won't have those functions functionality in the HUD, but it might run.

SRD Makes it's own textEx element, which is an extension of the Sprite class.
It imports into it Window_Base functions (convertEscapeCharacter, drawTextEx, and others) so it can do stuff.
When it does that, it imports the version that Yanfly and others have extended, which assumes other functions available that Yanfly adds to Window_Base. But since SRD doesn't import those functions, they aren't there in the HUD object, and everything dies.

ATT_Turan
Sometimes it works out to not do work on my game for a while. I ran through a playtest today and got about a page of things to fix or improve...
Today at 9:36 AM •••

zerobeat032
I got lot's o balancing to do lol... I think I'll redo my skills for the 3 party members for the 5th time lol. but I need them to be more distinct for balancing the RPS element system since fights are 1 on 1 with tagging.
Today at 8:38 AM •••