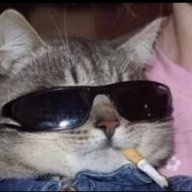 I'm having an issue that has popped up since having to update my project files. The SRD Summon Core plugin still runs fine, for the most part, except that it is now summoning 3 of each thing summoned.

In troubleshooting, I've found that if you set the max summons to 1 or 2 then you only get 1 or 2 summoned at a time respectively. When using the XY location restriction option, it will not let you use the summon skill as long as the summoned actor is in that position, but it doesn't prevent the 3 initial summons from happening when casting the skill.

I have some ideas as to some workarounds but I'm struggling with how to go about it.

Is there a way to make a specific entity unique? Not just unable to summon into the same XY location, but only able to have 1 of that summon on the board? (without messing with overall max summons?)

Is there a way to find out what the summoned entity's ID is? I found this in the script $gameParty.removeSummon(summon) but I think I need the id of the summon to make it work. I tried using the actor's ID but it didn't seem to work.

I think I see where the Actor is summoned in and where it stops it if the player is at the max summon limit. Is there a way to sneak some XY location check in there based on the plugins XY location checks elsewhere int he code?

Also open to other ideas on how to work around this.

Thanks for your time o/

So if I use $gameParty.removeAllSummons(); in a script command it'll remove all the summoned actors. If I can figure out how each summon is ID named, can I run something like

Looks like I figured it out. Somehow, it's conflicting with another SRD plugin. I had to turn off SRD Timed Attack Core.