I've come across a weird issue. My combat system revolves around states being added or removed based on the actors TP level, but the state icons aren't being refreshed as often as I like. Like, I'll use a skill, the new state will get added and old one removed, but the state icons won't update. How do I get state icons to refresh across all screens instantly?

I'm using Yanfly's Battle Engine, but I've already figured out that the base battle system also has this issue.
If none of this makes sense, here's 2 screenshots that show what I mean. The first one shows his new state, Medium Exhaustion, but his skill section still shows his old state, Heavy Exhaustion. Heavy Exhaustion got removed but the icon is still there on the skill screen. 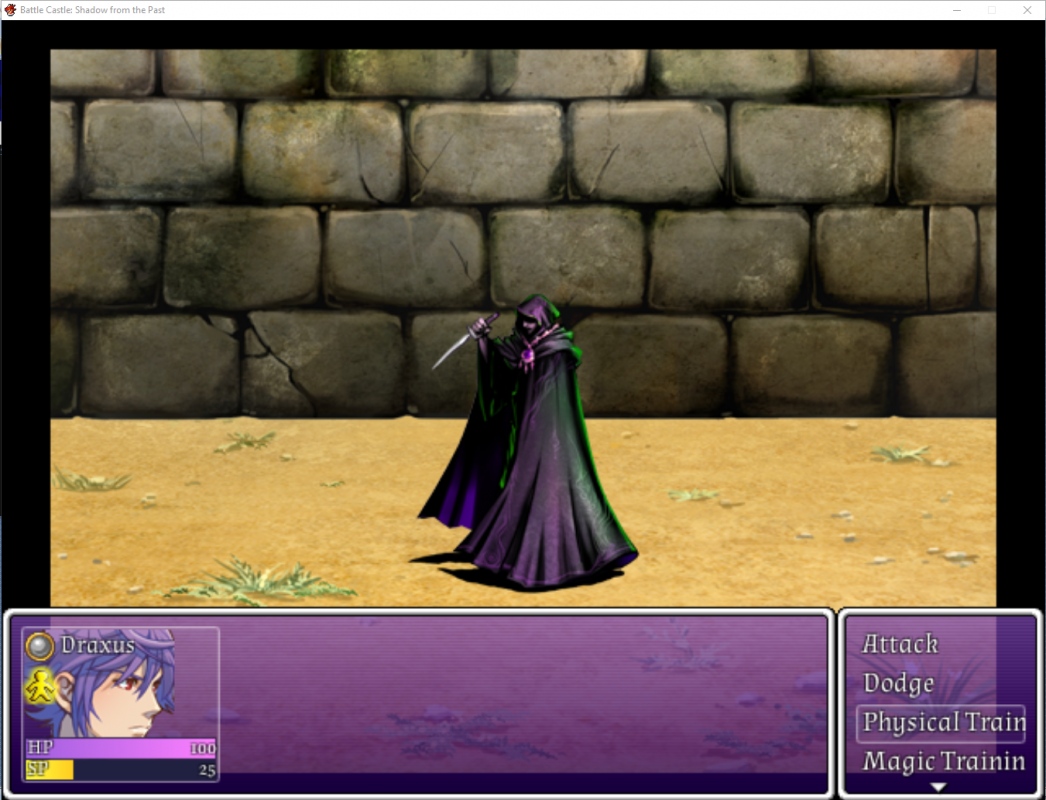 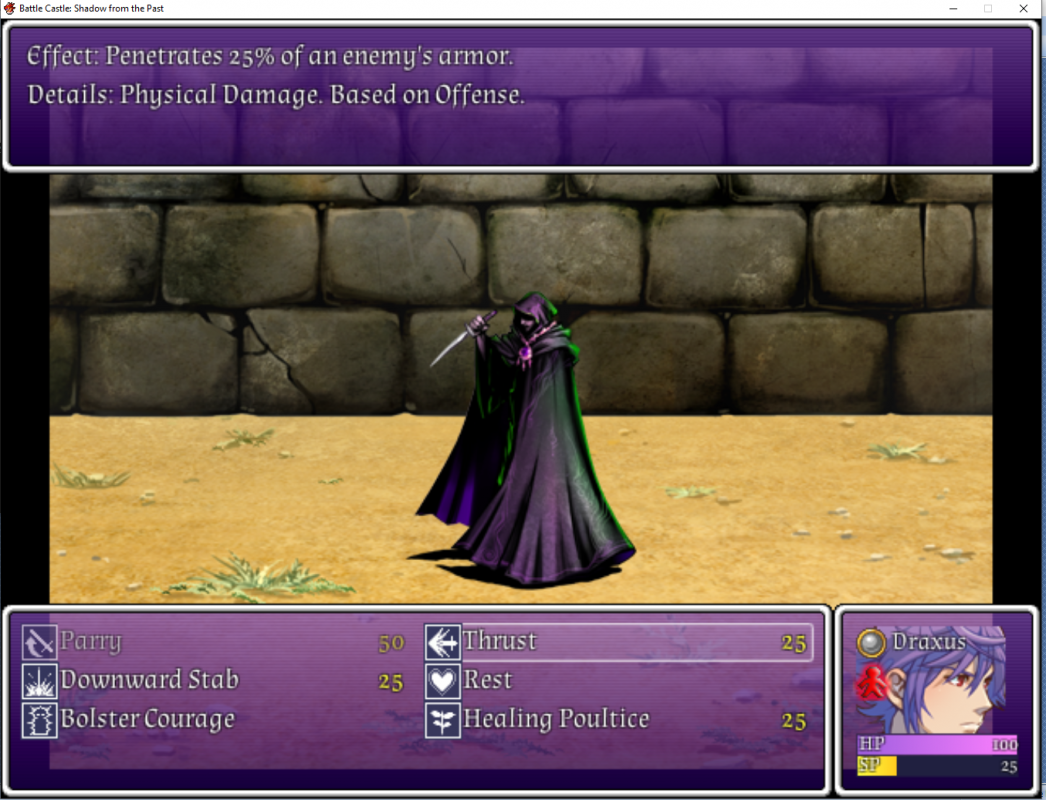 How are you adding/removing the state?

With a series of common events. Skills and certain items call a switch, which turns on the event (and then turns off to prevent loops), then runs. There are two different ones, one for detecting when stamina goes under certain thresholds while the other detects when stamina goes above certain thresholds. I'm certain there's a better way to event them, but I'm still experimenting with that.
These screenshots are the simpler versions of the events. 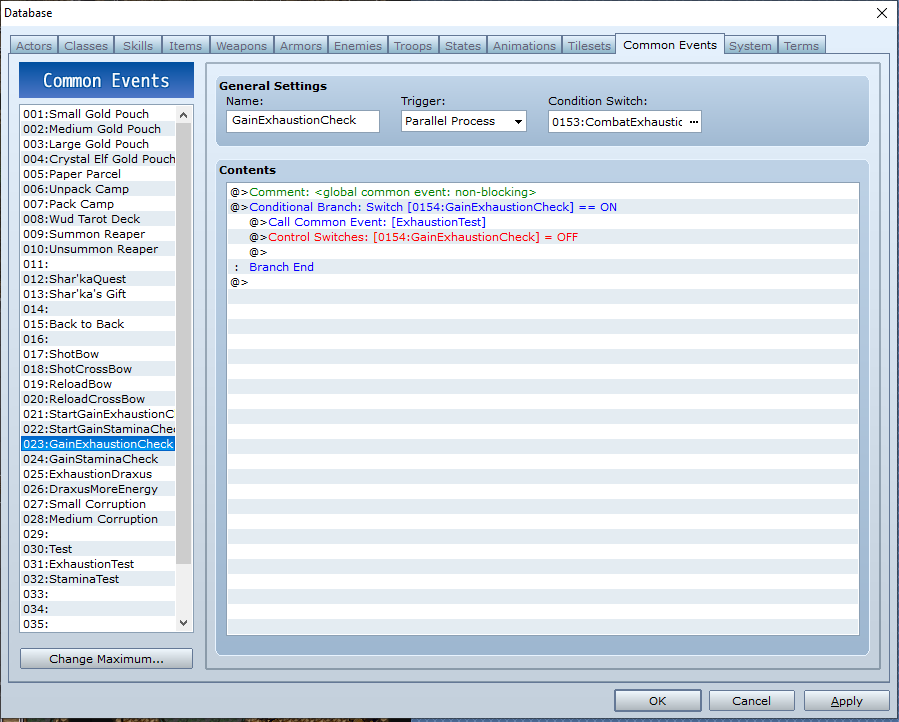 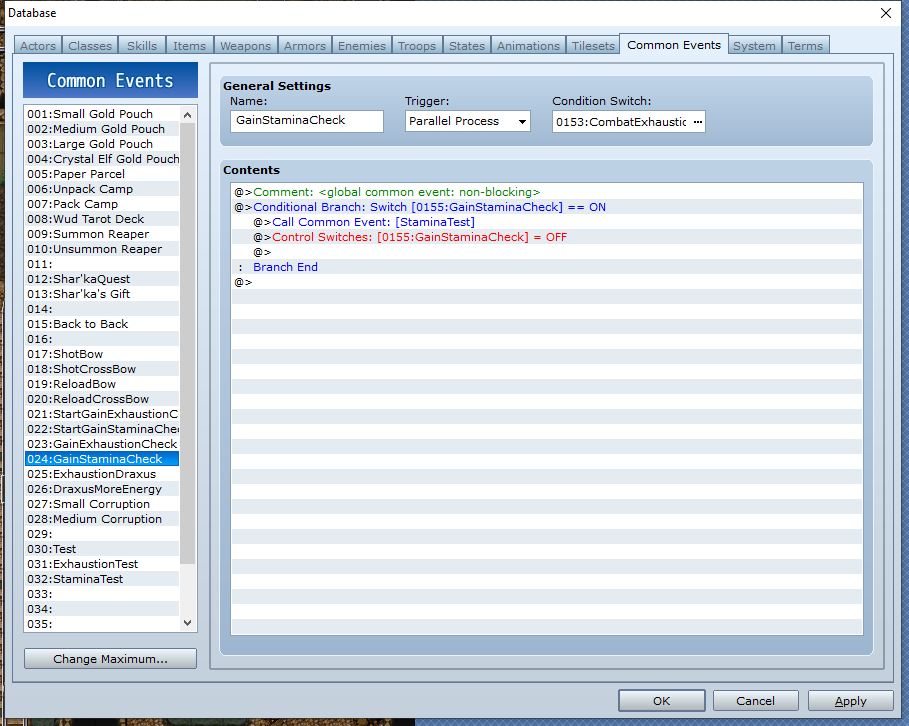 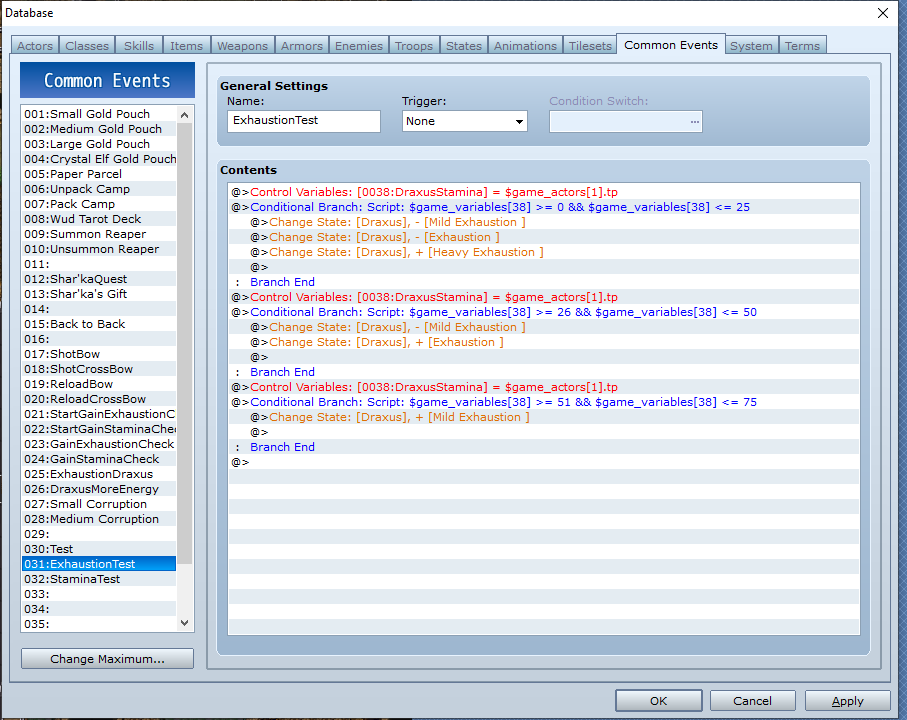 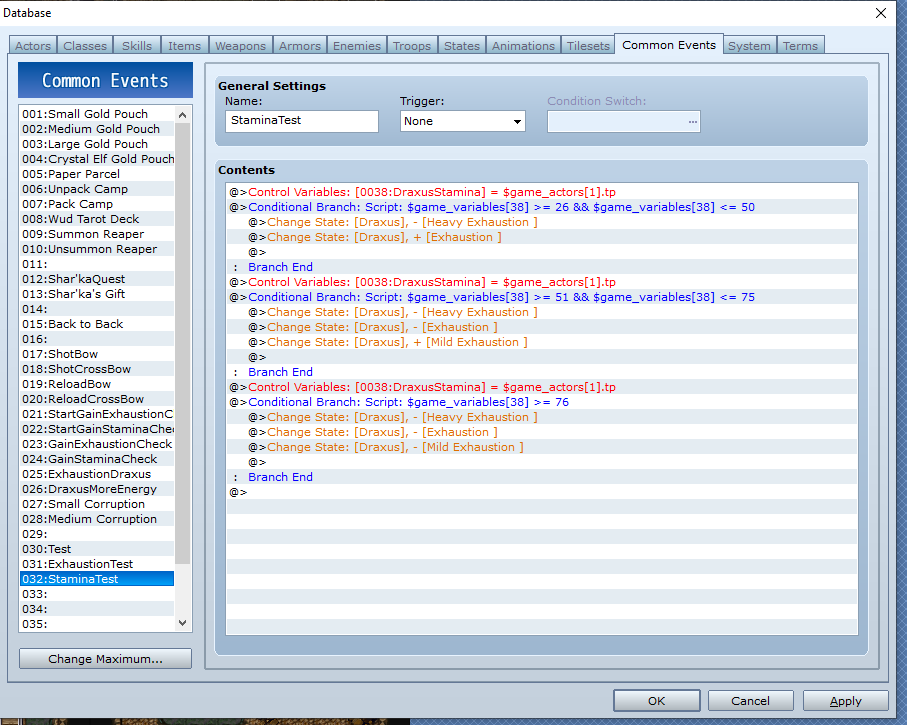 Bump, any fixes for this?

So you are having this issue in a brand new project with no additional scripts?

I made a copy of the project and deleted pretty much all of the scripts, except for a global common events one that is critical to the combat system's functionality.
The states update properly, but they do it at the beginning of the player's next turn, at the party command window, instead of immediately in whatever the battle window's called. I removed Yanfly's Battle Engine from my original project, and it functions similar to the copy with the states removed.

The easiest fix I can think of is to do a script call that refreshes the battle window, but I don't know how to do that with Yanfly's Battle Engine since it changes how the refreshes work. This topic is really the only one that I could find that helped in any way.