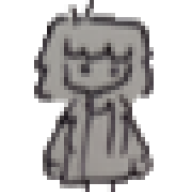 That is to say, a state that is removed whenever the actor/enemy it is attached to makes a damaging attack, regardless if it hits or not. (A state that gives its owner 150% more damage, but only for a single hit).

I'd enjoy the script's effect to be implemented via state notetags, as I can technically achieve this effect as of now with a separate script, though doing so would involve a lot of notetag clogging amongst almost every skill.

Add the following function to rpg_objects.js if you want to add this to one particular skill:


JavaScript:
Put this in the damage formula field of the skill in your database:

If you want this to apply to any damage, then you'll need to edit this function in the same file with something like this, although I did not test this part of it:

WCouillard said:
Add the following function to rpg_objects.js if you want to add this to one particular skill:
Click to expand...

Helpful, but this is a RGSS post for VX ACE

Shaz
Folks, if anyone sends you a message inviting you to add their API to your game, please report them. We don't want people spamming our members asking them to add stuff to their games for their own (or others') benefit.
16 minutes ago •••