States are not counting down or falling off. 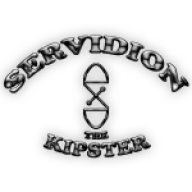 So I haven't launched my RPG Maker MV for a while due to a few games that came out that I really wanted to play. Anyway I use Nekoyoubi's Yanfly Auto Updater to get my Yanfly plugins up to date, and I have MV Through Steam, so it's also kept updated.


States no longer count down or fall off. If I buff a party member with a 9 turn +50% Crit chance state it will just sit at the 9 turns. If I put a 1 turn basic + Attack Power buff on an ally it never goes away.


If I have Yanfly's ATB plugin installed the states will count down, but as that plugin has been discontinued I would like to avoid using it.


- Tried removing all plugins and playing it without any. Game crashed for some reason (I don't grasp the F8 Console errors). New project without plugins works fine, so that has something to do with my files.


- After some trial and error adding various plugins bit by bit I found that once I add Yanfly's Battle Engine Core the states stop falling off when they're supposed to.


- Brand new project with just the Core Engine and the Battle Engine Core, states count down just fine. So it's something in my project.


- Updated my project via the instructions at:


I've been trying to figure this out for a month now, off and on, but I haven't been able to get any further than this.
Last edited by a moderator: Dec 25, 2016

Did you update MV itself? You said you hadn't used MV for at least a month.

Could you post the Console errors? That would help immensely in diagnosing what's wrong.

Have you updated your project?


Several of yanfly's newest plugin versions requires your project to be up to date, and steam can only update the editor automatically, not the projects.


NOTHING updates the projects automatically, project updates always have to be done manually for a lot of reasons.


Go to the latest update topic on this forum for instructions on how to update your project, and don't forget to make a backup before updating.


Also, updating the project fixed the crash issue with no plugins. Still have the issue of states not counting down while I have plugins installed.


@DiretoothWith the plugins installed I actually don't get any errors in the console, the states/buffs simply don't count down.
Last edited by a moderator: Dec 25, 2016

Alright, pointing out the simplest solution: Do you have any of the removal conditions checked, like how many turns it takes for the state to vanish?

Alright, the only thing I can think of at this point would be your project itself not being updated properly. Not the editor of the plugins, but the project itself. I believe there were some topics regarding this in the forums, I can't recall where exactly. I would suggest finding them and updating a copy of your project. If everything works after that, then yay.

Alright, sorry, I missed that. Barring screenshots or access to the project itself, there's not much anyone can do.


EDIT* You mentioned that the states worked with Yanfly's ATB, but since you removed it it doesn't work. Under the Battle Core, what is the default system labeled as? Also, further down, is Timed States and Timed Buffs set as true or false?
Last edited by a moderator: Dec 25, 2016

@DiretoothIn my main project I changed it to dtb when I got rid of Yanfly's ATB. Also what would you need screenshots (or video) of? I have a youtube channel, so I could upload a video or stream live.

Alright, but did you have the section I mentioned prior (Under Tick Settings) marked as true or false? If they're true, that might be where the problem lies. If they're false, then it's a dead lead.

@DiretoothIt was actually set to true, so I set it to false for states and buffs and still have the same issue. Sounds like it only takes that into consideration for tick based systems anyway (ATB and CT.


Booting up Xsplit to make a video demonstrating a few things.

Alright. I'll see if I can find any other things that might be the problem

That's annoying. I'd suggest scouring all of the states-related plugins, try turning them off, then on, testing with each one.

@DiretoothI did. In my initial post I mentioned that I had added plugins one at a time until I found the issue. If I have just Yanfly Core Engine and the Yanfly Battle Engine Core installed I still have the issue.

Then either the problem lies in one, or both, of them, or there's something we're missing.

@Diretooth The strange thing is that if I make a new project with just those plugins I don't have any issues. As soon as I copy my database over to the new project the issues occur again.

Jonforum
for who interested in a example boilerplate pixijs with snowpack , i made a branch with pixijs .
Web and Desktop, nwjs is not required.
https://github.com/nwutils/SnowPack-nw/tree/PixiJs
I definitely give up Parcel bundler !
10 minutes ago •••

Kirri
I wonder how many amazing games from the Completed Game/Games In Development forums that I just passed only because of an uninteresting title.
Today at 10:04 PM •••

Marquise*
aww these times when you feel alone, abandonned and lack the self awareness you don't even read anymore your favorite of all forum. Sorry all!
Today at 9:45 PM •••