States not wearing off properly 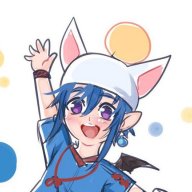 All I want is for the buff to last 5 turns no matter what and wear off at the END of the 5th turn. Why is that so hard? Why does it only last for 3 turns when I set it to Turn End for 5 turns? I really don't want to use Action End because then they don't get the effect of the state after they attack and that ruins the purpose because it's an HP regen state.

EDIT: I think Action End causing the state to wear off at different times is because of a "stun" skill the enemy has that skips the target's turn basically. It's like it's not ticking down the state duration because the player didn't get to act that turn. That's really annoying and it seems unintended.

EDIT 2: Okay, so the MAIN issue I am having is that I am setting states to end after 5 turns but they are ending after 3. I can't understand why. It just won't let states last more than 3 turns when set to Turn End.

EDIT 3: Turns out the problem is with YEP_CoreEngine. Gonna try and figure out why.

I know you said this is solved already, but here's a tip about action end states that might help you out.

You can mitigate this by adding a turn to the state, one way is in the action sequence, but you could also use a <Custom Apply Effect> instead, like the following:

<Custom Apply Effect>
if (target === origin){
target._stateTurns[stateId] += 1
}
</Custom Apply Effect>
This adds one to the turn count of the state, if the user who just applied it is also the target. Naturally you need the BuffsStatesCore plugin from Yanfly to use these tags, but it sounds like you probably have those based on your post.
You must log in or register to reply here.
Share:
Facebook Twitter Reddit Pinterest Tumblr WhatsApp Email Link

Featherbrain
Scripted a multi-variable weather system that randomizes wind speed, cloudiness, rain, fogginess, etc, while attempting to realistically account for interactions between them (e.g. wind speed affects fogginess, cloudiness affects rain, etc), the current weather pattern, and the player's biome e.g. swamp, beach, etc. Now I "just" have to tie visuals and sounds to the variables so stuff actually happens...
Today at 10:13 AM •••

Bastrophian
SO glad they patched outer worlds for switch! I can finally play it! Weird that other peeps are still having issues. I know it was really chugging on my lite when it first came out.
Today at 9:55 AM •••