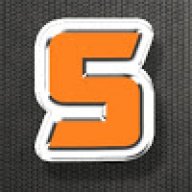 Update v0.7
* - Basic Functionality
Description:
This will add a Class Selector to your Game.
From here you can change/set the class of any Actor.
- Races
- Classes
- Subclasses

Terms of Usage:
Feel free to use this Plugin in 1. Non-Commercial Games, 2. Commercial Games
However it would be nice to give proper Credits to "SkottyTV"
Have Fun And Enjoy!


Bug Report / Functionality wishes:
Please let me know if you encounter any kind of Bugs
and/or have some functions in mind that you want me to include/update.​

If you encounter any bugs, pls report!


Combined with this ClassSelector you can build the ultimate Creator


Have a look here and don´t forget to give him a like!

This plugin needs more love from the community.  Good stuff Skotty.  Thanks for a great plugin.  Maybe as far as further function make it so Race and Subclass are optional.

Seems it's been a while since this plugin was updated/touched.
If it's not a problem, I'd like to request a couple new features, with some of them being more like tweaks to existing features rather than brand new features.
I also had a question. Is there a way to reference the player's main class and subclass? I have a HUD on the map (SRD's HUD Maker) that references the player's class, and I wanted it to have the syntax of Main Class/Subclass, where it doesn't show the "/Subclass" when the player doesn't have one selected.
I apologize if my requests are overly demanding, or if this plugin isn't being supported anymore.
You must log in or register to reply here.
Share:
Facebook Twitter Reddit Pinterest Tumblr WhatsApp Email Share Link

Ninjakillzu
I now have an Itch.io page! https://ninjakillzu.itch.io/collector
11 minutes ago •••

taarna23
I find great satisfaction in smiting spambots. I'm not really sure why.
12 minutes ago •••

Ninjakillzu
I finally added my newly updated demo back to the website! It only took like 4 weeks of work...
44 minutes ago •••