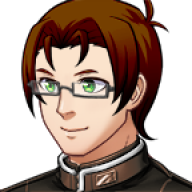 I'm not sure if this was already requested or if it's being worked on, but I'd love to see a Subclass plugin for MZ. The closest example I can show to help is the Subclass plugin from Yanfly.

Again, maybe someone like VisuStella is already working on it, and I can't seem to find that kind of plugin being worked on or being suggested for MZ. Let me know if there is a similar plugin like that. If not, hopefully, this post helps get the ball rolling. 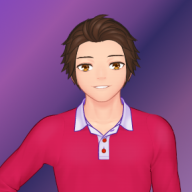 I would love to see this as well, and I would guess patience would see that VisuStella would do a plugin with class change and subclass as you stated

I wanted to say that I am using Visustella's Elementstatus Core Plugin to do something similiar to subclasses, you could be creative and rename their traits and create some stuff that is akin to different subclasses. You could then use events to change the traits (subclasses). This would not give you access to the classes as subclasses for learning skills and building parameters though, but this allowed me personally to do exactly what I was trying for...

My thoughts on this are that someone will be coming out with a robust class change system, and hopefully that will include the subclasses. If Visustella is going to do it, it might be awhile though, my educated guess is that they are focusing on battle systems right now, as the core plug-in refers to different battle systems and they aren't available yet. If it is a direct sequel to the Yanfly plugin, only Visustella can do it so patience is all that I could recomment. They are aware of the class change with subclass demand (There is a suggestions section for Visustella on the forums if you didn't know). On another note, Frog Boy had said something about working on some plug-ins and he might have something different that you could try. His plug-ins are DnD or pathfinder inspired, and give lots of options.

I guess in conclusion, I ask what are you trying to accomplish with the subclass system? Maybe there is an alternative already out there? Maybe if you could you explain what you are trying to do a bit we could make better suggestions? For example, there is a professions plug-in in the master plug-ins you could use, you could use variables for certain skills like farming and mining, etc I hope this helps get you thinking or assists in some way, if not, I would just work on other parts of your project and be patient.