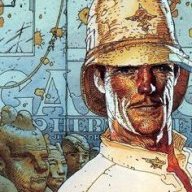 I've been casually working on an idea for a sci fi horror game and it seems to me RPGMaker MV might just be the engine for the job! I already have some experience in game development and I've bought RPGMaker on a bit of a whim - but it does seem to be quite a capable little beast so why not make my next game in it (isn't learning fun?!)

So anyways, could you nice folks suggest some of your favorite games made in RPGMaker MV that fall into either or both of these two categories? (sci fi and horror if you missed it) so I can get a better sense of what RPGMMV is capable of and perhaps some extra inspiration as well?

Of course any other advice, warnings etc (threats?) are most welcome.

*teleport behind you* Nothing personal kid

Hey there! I'm also have been researching about RPG Maker and the horror genre for the last few months.
Right now, there isnt much scifi horror game around with RPG Maker that really stand out or at least give me the good scare so I cant really give you my recommendation. For horror rm in general, there is a big chunk of horror game out there that's made with rpg maker. My personal favourite is Mad Father (yes, it was made with wolf rpg not rpg maker but these 2 engines are extremely simillar to eachother),and Pocket Mirror. While both are fairly good games, I alway felt like there is still something holding them under the line of "OMG this is so good" sort of stuff. Like I beat it, it's done, it's an okay game, and that's it. I never felt a big impact like other horror game when I beat it. In none RPG Maker horror game tho, I can strongly recommend Alien Isolation, Resident Evil 7, and P.T., obviously. While all these games have their own flaws, but when I beat it, I kinda get a bit sadder because the game is now over. Horror genre I believe is the most impactful genre ever. It have the ability to connect player with its world/characters/... and also the ability to scare the hell out of you, generate this extremely strong emotion that would only occur as some sort of self-defense reaction, without putting the player in real danger.
So before this get to long, I just want to say that if you want to make horror game,please, try to do it right. I've seen so many game, failed to do it: really awful plot to begin with, puzzle that's just pure pain to solve( like here is the dumb poem, now solve this extremely hard puzzle, even though you probaly dont know what I have in mind while writing that, or spam interact until you found this tiny key in the table), chase that's just terrible (using the default chase that come with RM, let cpu cheat way too many, no indication of the enemy location, steallth are very limited/ heck not even a thing). This isnt just a problem with rm horror, but with horror game in general, that's why good horror game are usually pretty rare with the gaming industry, because it's a genre that mess with you the most, therefore, needing to done right the most if you want to have some good scare and not cheap jumpscare!
Happy gamemaking.
p/s: take these with a grain of salt I havent created any rm horror game yet even tho I'm planning to do it, so I dont know a lot of thing/ yet. Also my apologize for terrible grammar!!!!

Thanks for the suggestions!

I'm thinking more in the vein of action-horror-survival, rather than spook/scare. Something in the style of Aliens or WH40K universes with a bit of Solaris thrown in while using distinctly retro-aesthetics... like, perhaps, Metroid only in JRPG cast. Pixel grit all the way!

So important things would be, I guess, survival mechanics, meaningful combat (perhaps with wounding states beyond simple HP, and equipment wear might be interesting), a bit of crafting and, of course, atmosphere effects with gfx and sfx. Imho, fog of war and line of sight could play a large part in the gameplay so I'm looking around for good examples/plugins of those as well...
Last edited: Feb 7, 2020

I don't know of any RMMV horror games (or at least, haven't played any myself). However, the best horror game I played on an RPG Maker engine was Backstage. It is a bit difficult, but the writing and story is top notch and the ending and horror elements have stuck with me after all these years.

Wow. Backstage. That takes me back. Blast from the past.

Anyway, for commercial games Alien: Isolation and RE (the new one) are great recommendations. Alien: Isolation remains to this day the only videogame I have ever been unable to complete because I was too scared. I am mainly here to say System Shock 2 is in my not-even-going-to-pretend-it's-humble opinion the defining work of this particular genre intersection and a must-play. It's a master class on where sci-fi, horror, and RPGs meet.

For RM games, people talk about The Longing Ribbon by gibmaker being good (I think that's what it's called), personally I am not capable of feeling anything close to fear and looking at rm2k RTP maps at the same time, but for sci-fi/horror I'd recommend the same creator, gibmaker's next game, Set Discrepancy, seems like a must play. I played an early demo of it and since then it's only gotten more impressive not to mention, IIRC, been completed. It is easily the single RPG Maker game I most regret having never gotten the time to sit down and play. Not coincidentally, it's very heavily inspired by System Shock. Like, very.

Then there's Taut, which a) was originally in German, although at one point there was definitely an English translation and b) I don't know if it ever completed it, but the half-hour long/hour-long demo did pretty much everything right.

Before he struck gold/won the lotto with To The Moon Kan "Reeves" Gao made a little game called The Mirror Lied. His commentary on it when he released it, IIRC, was something to the effect of "this is not a horror game". Well, let's just say the mirror wasn't the only one lying.
Last edited: Feb 28, 2020
You must log in or register to reply here.
Share:
Facebook Twitter Reddit Pinterest Tumblr WhatsApp Email Link

Tea's Jams
I posted a funny gag reel of Drifty's video's here, but realized it was probably too riskay, so I deleted it, oops, lol.
22 minutes ago •••

Yulia
Another room (actually other half of previous room) 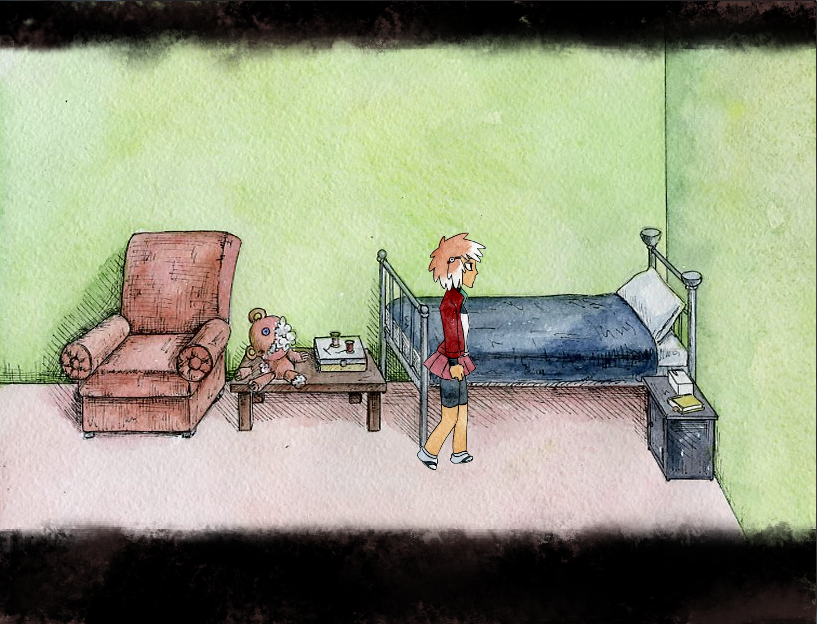 Lilly
What should I focus on today?