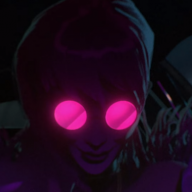 Hi there! I'm using SumRndmDde's Dynamic Actors to try and add wings to the back of a character sprite upon class change, and am encountering a rather strange bug. I kept trying notetags for different pieces of clothing, and none of them were appearing on the character. I found out why after I accidentally put in an incorrect file name and got this error message:

The problem is that it seems to be pulling the image from the wrong folder! It should be pulling from the "sv" folder in the subdirectory here, not the "walk" folder.

All of the part sections are in each category, so there is a /walk/Clothing subdirectory and also a /sv/Clothing subdirectory. The notetag will not let me specify by sprite type, attempting to do so by saying
<Force sv/WingPart2 Piece: Wing (4)>
only results in this error:

Not sure what's making it try and pull from the wrong folder or how to fix it, but any help would be appreciated.

So it's not going to work correctly unless you have a Wing (4).png inside of a WingPart2 folder inside of each of those other four folders. None of them are the right or wrong directory, all four need to be there.

Also, just to try to save you some potential hassle down the line, various things can go wrong if the filenames in your project don't adhere to network naming conventions. Notice how none of the assets that come with MV have spaces in the filenames?

Best practice is to delete the spaces, or replace them with underscores or dashes.

When I use the correct directory path, with the file in all four subdirectories, nothing happens. The part I need does not appear one the sprite and I do not get an error message. I double checked that I made no typos.

I use this notetag, for the following file, following the directions: <Force Wing Part2 Piece: Wing (4)>

The "Wing Part2" folder and the "Wing (4)" file are present in all four subdirectories (dead, face, sv, and walk). So everything should be correct, but the wings are not appearing on the sprite.

Something I accidentally left out of my initial post is that the "Wing (4)" files are essentially blank images in the "dead" and "face" subdirectories, and the wings in the "walk" folder are very small and would presumably be hidden behind the sv_battler sized sprite (since they're meant for a map sprite).

That, combined with the error message is what leads me to believe that it's attempting to the load the image from the wrong subdirectory. Though that file exists in all four subdirectories, the wings would not appear on the sprite if it was drawing from any subdirectory other than "sv".

I hope that all makes sense. I realize that the "WingPart2" with no space is an incorrect path, so the wings would obviously not appear on the sprite. It's just that I do not get any error message when I use the correct path, so I have nothing else to give me a clue as to what the plugin is trying to do. So, without the error message I feel like all I can really say is "plugin not working" with no other helpful information.

Damascus7 said:
The "Wing Part2" folder and the "Wing (4)" file are present
Click to expand...

but as already said above, those folder and filenames break the networking rules and will always cause problems for any browser trying to load those files, no matter if you get an error message or not.

you need to first rename both folder and file to no longer include spaces, THEN you need to rewrite all notetags to work with the new names, and then you can check what's still not working and continue to look for what else is wrong.
but you have to correct the wrong foldername and the wrong filenames first.

Damascus7 said:
I use this notetag, for the following file, following the directions: <Force Wing Part2 Piece: Wing (4)>
Click to expand...

That notetag can never work. The code has no way to know that you intend "Wing Part2" to be a folder name with a space in it. You are attempting to add an extra argument to the notetag (two words where it expects one), so it's not recognized as valid and it's being completely ignored.

Following your suggestions, I went ahead and made new folders and files with no spaces in them; I didn't want to just change the existing names out of fear of breaking the character generator.

woootbm
Can Elon crash Twitter faster? I want something as big to replace it so I can promote my game there. I also need to actually do promotion this time, heh.
A moment ago •••

BK-tdm
Tests for an alert system that spawns enemy reinforcements, as a stealth game should do